Imprint sat down with Premier of Ontario Kathleen Wynne to discuss the details of the new Ontario Student Grant that was released late February and will be implemented September 2017.

The Ontario Student Grant (OSG) is targeted towards students pursuing a post-secondary education with families who have middle to low incomes.

“The objective was to put in place a system that would help young people who might look at college/university tuition and because of their economic circumstance might think ‘I can’t do that because it’s too expensive, I can’t afford to take the loans because I’m not sure if I’ll be able to pay them back.’ And so, they don’t even apply.

Students with families who make $50,000 or less are identified as low-income families. It is these students who will benefit the most from the OSG.

“Students who live in families where the income is $50,000 or less, if they go into a program that is average tuition, then their tuition will be free … in fact in many cases, it will be more than paid, they will get more than the average tuition cost.

“Students who are from lower income families are much better off.”

Students with families who make $50,000 to $86,000 are identified as middle income families. These students can also get free tuition in certain circumstances.

The OSG will be composed of former assistance programs that were in place for post-secondary students.

“We looked at all of the programs that we had in place including tax cuts that were applied across the population … We’ve been listening to student associations as well because OUSA and the College Student Association and the Canadian Federation of Students all have been working with us and had been advising us … they’d been saying things like ‘the 30 per cent off tuition grant wasn’t targeted enough, it was spread out over too much of the population and that we should target it’ and that the tax credits were not doing what they should … so we looked at that, we made a decision that that was in fact the case, [and] so we cancelled the tax credits … We’ve put that all into one grant and it’s called the Ontario Student Grant.”

The amount of the grant that will be given to students will depend on various financial factors.

The OSG aims to solve the issue of students who do not use their family income to pay off their post-secondary tuition.

“The other thing is that once a student has been out of school for four years, they’re deemed to be independent. So the [income of their guardian] wouldn’t be taken into account. So we’ve tried to recognize the reality of students’ lives.”

With the OSG in place, there is a chance that tuition will not freeze.

“What we’re doing is indexing the student grant to tuition. So as the average tuition goes up the average grant will go up. I think that actually accomplishes the same thing. Because there is regulation on how quickly tuition can rise.”

All the gadgets you want 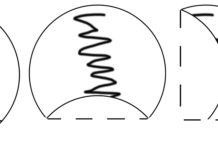 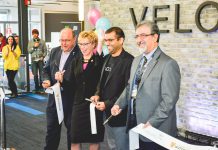 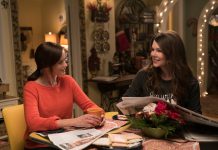