Inspired by the popular Humans of New York Facebook page, two first years have taken it upon themselves to document the individuality at UW, one person at a time.

“It shows that everybody has a story,” said Danielle Bennet, a first-year fine arts student and co-founder of the page.

Bennet, along with her other co-founder Cindy Chau, are noticeably quiet and both are self-described shy girls. They don’t seem like the kind of people to take on a project that involves talking to complete strangers on a regular basis, but the girls agree that Humans of UWaterloo is helping them break out of their shells.

While wandering through the walkway from MC to DC, the girls were slow and cautious to approach anyone. They stood awkwardly for a few minutes watching students shuffle past, trying to stay out of the way.

After a few minutes of gathering courage the pair approached a girl with a bright blue hat that caught their attention.

Each person they engage is slightly taken aback. The girls try not to bother anyone studying and they leave those wearing headphones alone.

After explaining who they are, the girl in the blue hat cautiously obliged their request for a photo and answered a question about what’s on her bucket list.

“Go to Australia,” she answered with a laugh.

Each interaction begins with slight awkwardness on both parts, but by the time the girls are approaching their third person, they are noticeably more confident.

“I like that you’re able to have kind of a short relationship with that person,” Chau said of approaching students — a notoriously tough crowd.

Bennet got the idea for the project by seeing a “Humans of U of T” Facebook page and was prompted by a friend to start one at UW.

“I was kind of too afraid to initially start it,” said Bennet. She eventually mentioned the idea to Chau, with whom she has several classes, and her immediate enthusiasm led to the new team’s first day of photographing.

“It’s because of Cindy that I was actually able to start it,” said Bennet.

The page has gained a significant following quickly, with over 3,000 “likes” in just over a month. The girls officially started the page at the beginning of February.

Eventually, someone posted a link to Reddit, which caught the eye of a CBC reporter who interviewed the 18-year-olds about the project last month.

“That’s the most impressive part — the fact that people responded so quickly and so positively,” said Bennet.

Fortunately, the pair hasn’t had to deal with any of the negativity that often comes with the anonymity of the Internet. But if they do, they are prepared for it.

“We’re still behind the screen, so it’s not like I’d feel personally victimized,” said Bennet.

So far, the pair have remained mostly anonymous, but as the page receives more attention, so do its founders. In addition to the CBC article, the girls were also the subject of a post on the UWaterloo Life blog, run by the Student Success Office.

The duo make a solid team, working off each other to get the courage to approach people and finding their groove quickly. They have seen significant benefits of the project in its short life.

“We’ve become much better friends because of it. Just going out and sharing that experience is actually very intimate,” said Bennet.

Chau comes off as the more timid of the two, admitting that she seriously shies away from being the centre of attention.

They want to keep the project going, eventually recruiting other people to run the page while they are gone on co-op.

“I’d like for the page to keep going, even if we’re not doing it,” said Bennet.

The two spoke candidly about how the project has helped them in more ways than one in a short period of time.

“I’m not very good at presenting myself, I think this is helping with that,” said Chau, who aspires to work in marketing.

Bennet, on the other hand, wants to make it big as an artist.

“I think I’m sometimes ambitious with projects. There is a part of me that always wants to do something really big, I think that’s why I was drawn to this project,” said Bennet.

The Humans of UWaterloo page can be found at www.facebook.com/StudentsofUW. 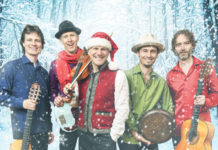 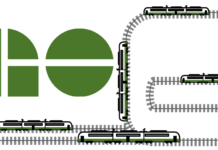 UW is disappointed in the Ford government