In collaboration with Wilfrid Laurier Equity and Diversity Office, the University of Waterloo’s Equity Office hosted a panel on “Racism and Mental Health.”

The panel, which took place Jan. 17 at QNC, consisted of guest speakers Dr. Kwame McKenzie, Patrick Case, and Sherene Razack. Each speaker delved into specific topics which pertained to how those who are victims of systemic racism are more affected in their mental health than those who are not.

“It is important that we’re having this conversation here at a university and specifically at the University of Waterloo,” said UW President and Vice-Chancellor Feridun Hamdullahpur during his opening remarks at the panel. “It is important because we live with these subjects every day but it’s also our responsibility to make sure that we are doing our part in teaching and learning and researching subjects.”

“Racism affects health and well-being in the following manner — it kills,” said Sherene Razack, distinguished professor and the Penny Kanner endowed chair, in the Department of Gender Studies, UCLA.  Razack primarily spoke about her research of the multiple deaths of indigenous people in police custody to connect racism’s effect on mental health.

“Racism is first and foremost a pervasive, institutionalized eviction of indigenous peoples and racialized peoples from the category of the human,” said Razack. “When people are regarded as less than human, their lives are of little value. They are expendable and surplus. They don’t matter.”

Razack provided multiple indigenous case scenarios to further elaborate the connection between racism and mental health, including the case of Brian Sinclair, an indigenous double-leg amputee who lived in Winnipeg, Manitoba. Sinclair had his legs amputated due to seeking shelter at a church after being evicted from his home. Sinclair was 45 years old when he died after waiting 34 hours in a Winnipeg hospital to receive treatment.

“The inquest would note that his death was preventable,” said Razack. “In the wake of Sinclair’s death his family and many indigenous community members named institutional racism as the cause of his death. But the coroner refused to pursue this line of inquiry. Racism, in his view, had nothing to do with what happened to Brian Sinclair.”

“What are the chances [that] anyone in that waiting room that night would have been able to consider Sinclair as a free human?” continued Razack. “Where would we learn this? How does one learn to recognize the humanity of another?”

Dr. Kwame McKenzie, director of of Health Equity at the Centre for Addiction and Mental Health, as well as the CEO of the Wellesley Institute, also provided more information on how systemic racism has an effect on mental and physical health during a Skype segment of the Panel. McKenzie provided multiple studies and statistics that revealed how minorities were more prone to physical and mental duress than others.

“African and Caribbean Canadians have increased risk in just about every illness,” said McKenzie. “The majority of [these] illnesses is environmental, or due to the social determinants of health, not due to your genetics.”

McKenzie also emphasized how microaggression can be a form of racism that affects the mental health of those who encounter it.

“A perfect example of this would be [me] going into an elevator at a high-class department store, with two other people there, and I can see them just holding on to their purses a little bit tighter because they’re worried about me,” said McKenzie. “I can see it happening … it raises my blood pressure, it irritates me … and if you think about that, day by day, happening over and over again, that slowly but surely, has an impact on people. It changes my mental and physical health.”

Chair of the Human Rights Legal Centre Patrick Case also provided context to the discussion of racism and mental health by analyzing the Ontario Human Rights Commission’s history in dealing with those who have been discriminated against because of their race.

“When you investigate, or look closer, you will see that race … was engaged or at least a reason for dismissal,” said Case when analyzing cases that the OHRC would receive for being discriminated in their place of employment.

“Employers … would rather cut you a cheque than do this kind of thing,” said Case when talking about the lack of progression in the employment sector for finding a solution to end discrimination. “Frankly, most CEOs and HR departments would rather their hair on fire than agree to systemic measures.”

Case also provided OHRC cases that highlighted these issues, including the case of Michael McKinnon, a guard at the East Detention Centre who was discriminated and received death threats after his co-workers attended his wedding and realized he was indigenous.

Case, Razack and McKenzie also provided ways in which universities could possibly suffer from systemic racism and how this could hinder students’ mental health as well.

“Counselling services at universities, are very white,” said Case during a Q&A segment of the panel. “They pay little or no attention to hiring people of colour as counselors. What that does is settle a relationship between counselor [and student] that is not entirely appropriate.”

The guest speakers also provided some solutions to engaging conversations about racism and mental health with students and staff on campus.

“There are two things that I have found helpful when talking to people who have committed acts and are perceived as racists,” said McKenzie during the Q&A segment. “[It’s to] make sure there’s a difference in what they did and what they are… we’re not talking about whether they’re racist or not, we’re talking about what they did.”

Razack also emphasized the need to acknowledge racism from a different perspective than the traditional way it is normally viewed as an important first step in addressing this issue.

“We have to give up this idea of racism as simply a problem of misinformation or even prejudice,” said Razack. “We have to think of the relationship between those who are considered inferior and those who consider themselves superior … We cannot purge ourselves so easily of racism unless we confront the fact that it has seeped into every aspect of social life.” 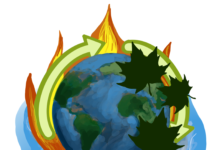 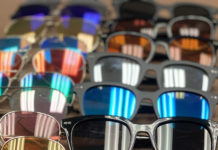