I attended only a portion of the events. First, a workshop on healthy sexuality at the GLOW Centre on campus, hosted by visiting filmmaker and artist Markus “Star” Harwood.

With a shock of cobalt through his blond hair, slender frame and black-rimmed glasses, Star exuded a rather soft and trusting air to the group around him. As a transgender man and the director of the documentary Mosaic, in which he travelled across the United States on a shoe string budget interviewing fellow transgenders, Star hoped to bring the perspective of his personal sexual identity and experience into the discussion.

There were questions and definitions, such as gender: what is it? We were asked for our own thoughts. Some placed it solely or significantly as a social construction — to the extent that it has physical substance, is a matter of self-identification. The workshop, in fact, began with all of us introducing ourselves and giving our preferred pronouns: she, he, they, ze. For many, they identify neatly with the gender they were assigned at birth, and so the fluid character of gender was rarely considered. When I asked whether gender had biological indicators — the presence or lack of certain genitals, chromosomes, and so forth — it was pointed out that these are not always clear or binary realities. Hermaphrodites and metamales, for example, will eschew the stictly physiological definition.

Next were sex and sexuality, which were even more convoluted and steeped in contention. Among the ideas thrown out, one person suggested that sexual orientation could be described as a set of two axis, an x and a y, signifying the male and female; a person’s orientation, she said, would be the space on this graph that a person had an attraction towards.

Healing was the recurring motif of the meeting, implying by necessity some shared pain. And there was a noticable undercurrent of resentment, or at least distrust, towards the perceived strictures and rigid categories of society. At the unfair dominance of heterosexuality and cisgenderism (one who remains with her or his inital gender assignment) as the default mode of being, and the automatic consignment of LGBT members as being far-out and outcasts.

One of the participants, Jessica Dineen, UW VP Internal candidate in the most recent election, explained the importance of the event. “In general, we need to be doing more to share the individual narratives with different experiences similar to events like this workshop, so we as a community can come together as a cohesive whole for the interest of everyone.”

The next night, I attended a Poetry Slam at the Veritas Cafe at Wilfrid Laurier University, when it was about halfway through. The show was at intermission when I arrived, so I attacked the spread, made the rounds, then perched myself at the bar with a cider (which may have been carbonated apple juice, for all I could tell). Fortunately, I was early enough to listen to some of the readings of Canadian poet David Bateman.

Bateman, a man who could slip so easily between the lovely, the hilarious, the insightful, and the obscene, and find in all of these things some element of the ecstatic and the numinous. To an effectively captive audience, he delivered his words in a measured torrent, his voice quavering — breaking, almost — from either sorrow or joy, or some conflation of the two.

The subject matter was often deeply personal, though not strictly auto-biographical. It was oddly heart-warming nonetheless, even for this phlegmatic cisgender heterosexual male, to hear in his poem “Stella” of how he would fashion, for his lover, out of his thighs a make-shift vulva for the man to go at. Behind the sexual intimacy, the poem undoubtedly evoked the idea of genuine emotional love. Another poem, blending in David’s peculiar way the tragic with the comic and the mundane, was titled effectively enough: “Why did you have to go through a car wash on the way to our mother's funeral?” He seemed also to make jabs in this poem at the traditional culture of male stoicism and machismo, represented in this case by the insensitivity of his brother, the driver.

He also had an interest in the drag culture and, after first emphasising his deference for the feminine, recited a “two-thirds haiku.” “Sometimes it makes me/hard to be a woman.” Definitely a crowd pleaser.

After a respectable applause and a short break, David was followed by four younger, greener poets in a friendly competition. One poem related a sexual encounter with a man. The inital overture, the subtle connection, titilation, arousal, and all the rest. Then, approaching the climax of her piece, the orator dropped the mic in hand (perhaps consciously) close to her crotch, and with verve and aplomb enacted, for the engaged crowd, the culmination of her climax. Yes, that’s right.  Another poem, less brazen but no less engaging: a lyrically rich rendition of a breakup — the only poem she’d hoped not to write about her significant other. And one on a bisexual facing rejection — not from the obdurant, dominating social structure as you might expect, but instead from her fellow queers — underlining some of the fissures and schisms within the LGBT community. The winner of the gold-colored medal and whoping $50 cash prize was a passionate venting of sexual and romantic frustration, in verse, of being a “fat gay man.”

Throughout this narrative, you would have noticed a wealth of expletives. It is difficult to discuss sexuality without pointing to, jabbing at, and pulling on the topic of the physical act itself. It’s just far too tempting, and anyway far too important to let alone. But the poetry never felt lewd even when it was vulgar; never trite — no, not even that dirty little ode about the night that was spent “fucking” and “fisting” Gene Walker’s nephew (whomever the hapless fellow and his bruised and battered nephew happened to be). And the poem was never, even for this unremarkable cisgendered hetrosexual participant, odd or unrelatable or unrecognizable. Because whether you’re a trans seeking gender reassignment, homo in love, or hetero on the prowl, we all basically want the same thing in the end: genitalia. Specifically, genitalia besides the ones we’ve already got (Who said anything about love?).

Unless you’re an asexual, of course – you lucky bugger. 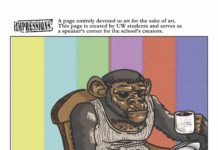 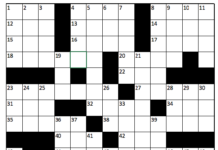 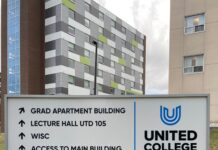