In response to Journalist Faith Goldy’s arranged speech on Mar. 22, titled “Ethnocide: Multiculturalism and European Canadian Identity,” a Korean-Canadian poet and musician Janice Lee organized a protest against Goldy with one of her speakers, Bareera Sial stating she “is a white nationalist.”  Surrounding protesters willingly supplied alternative phrases like “bitch” and “Nazi” in the background.

“Not bad for something we organized in 24 hours,” Lee reflected, a Laurier alumna. When Laurier Students for Open Inquiry member and Laurier Teaching Assistant Lindsay Shepherd invited the controversial journalist to campus, she knew there would be drama. Yet she hoped to “freely engage with, and later deconstruct her views,” she wrote afterwards in a Macleans opinion piece.

“This is our campus! Black people, Indigenous people, and people of colour belong here.  We are not intimidated.  We should be able to hang out … and not be intimidated that there are people here who think our lives don’t matter,” said Lee to a group of around 100 protesters.  Counter protesters whooped and hollered occasionally, doing little to disrupt cheers like “Black lives matter here,” “Indigenous lives matter here,” and “No Nazis at Laurier.”

Waterloo students were featured on both sides, with one student estimating they saw approximately 15 other students at the protest, including prominent Student Activist Cosmin Dzsurdzsa attending to hear Goldy.  Before she could speak, however, the fire alarm was rung, and the event was cancelled.

The protest ended after it had gotten dark; the organizers told their compatriots to consult them if they had any fear of being doxed or attacked and asked that they go home in groups of at least two.  Lee headed to Laurier’s Rainbow Centre while student anarchists, identifiable by their red and black clothing, concealing bandanas, and signs, remained vigilant outside.

Sial, the final speaker of the night, said, “Why do we need to have conversations about anti-racism? Well, it’s pretty clear right? Things like this are still happening. We’ve still got people like Faith Goldy.” 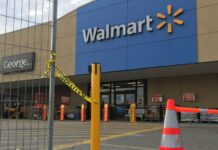 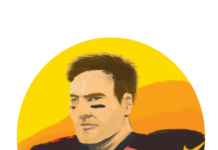 The early splashes of the NFL off-season