Warriors fall to third after losing to Rams 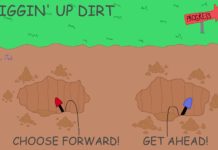