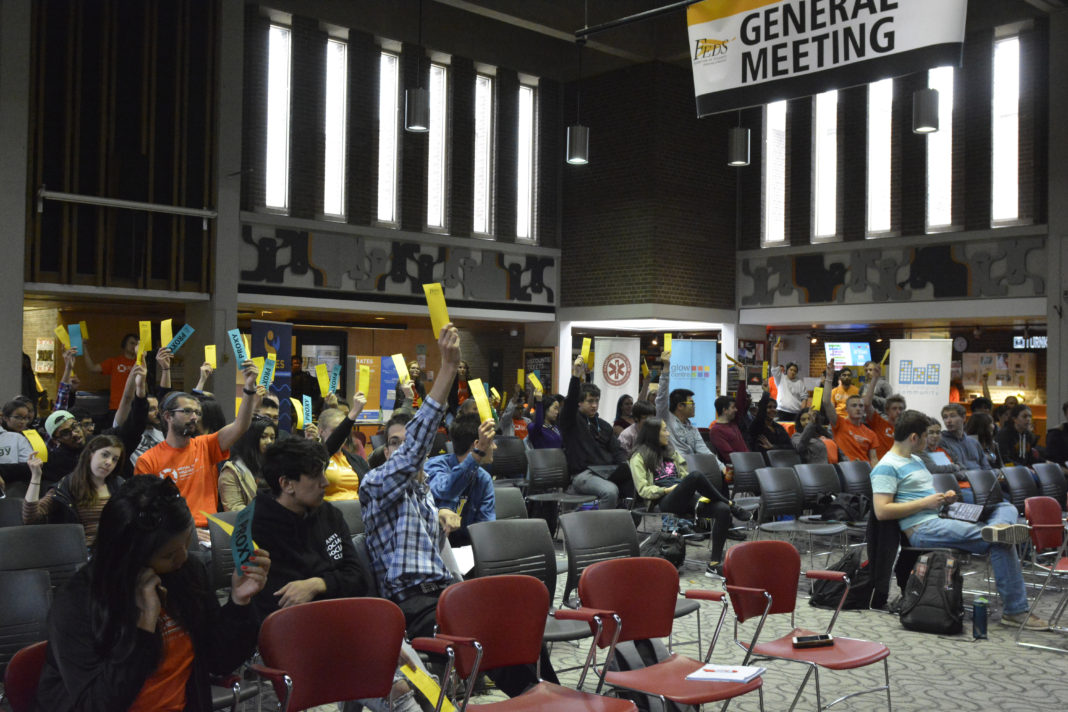 Chaired by Chris Lolas, the Feds General Meeting took place Oct. 24 in the SLC Great Hall. The General Meeting was productive, with the meeting adjourned after all agenda items were discussed and voted on.

The motion to cut the Feds executive salaries, and give stipends to the student councillors and board of directors was met with a lot of debate.

“Currently, Feds execs are paid well above the average for universities in Canada and one of the highest in Ontario, and we don’t compensate our board of directors or councillors,” said Marcus Ambromavitch, one of the members in favour and co-writer of the motion. “Basically, it’s restructuring where the money goes, to people that represent us in order to … incentivize people who join council and who join the board and … incentivizing higher quality people in these positions.”

When it came to the topic of the report on student union exec salaries done by UBC’s Ubyssey, Western’s Gazette, and U of T’s Varsity, member AJ Wray said, “Yes, our executives are the highest paid according to the analysis, but what our executives do is much different from any other union.”

The motion itself failed with 13 voters in favour of the motion, 76 opposing, and 14 abstaining from the vote. 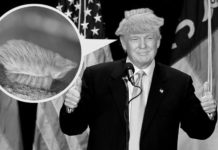