Despite meeting quorum (the minimal amount of attendees needed to vote) at the beginning, the March 29 Feds general meeting was not able to keep it long enough to pass all motions.

Before dissolving, the board of directors’ elections took place, as well as the announcement of the Feds teaching award and the fee increases.

Speaking to the fees, member Marcus Abramovitch said in opposition, “I think Feds needs to focus on cleaning up its leanness as an organization’s fiscal responsibility and I think that starts right now … by maintaining the Feds fee for a couple of years without increases.”

“Somebody who is opposing inflation is somebody who is reactionary towards fee increases and someone who doesn’t understand the realities of the corporation,” said member AJ Wray in response to Abramovitch.

Although the motion to increase the Feds fee caused the most discussion, the motion passed with majority votes.

Bylaw amendments were also discussed, but the meeting was adjourned due to loss of quorum before the bylaws were passed. 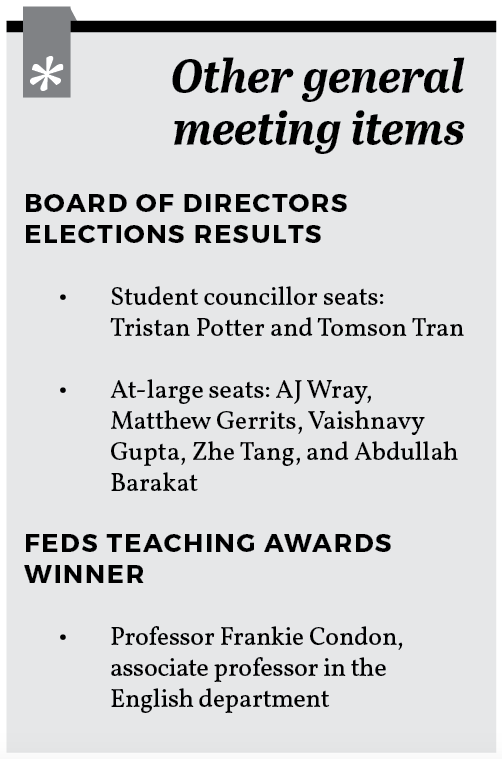 When asked what would happen with the bylaws going forward, Feds President Chris Lolas said the changes will not be going away.

“I firmly believe in a lot of these changes, and a lot of them are just increasing the ease of understanding the bylaws,” Lolas said. “I suspect that next year’s board will bring them to the next general meeting.”

Along with bylaw amendments, two other discussion points were impeded by the loss of quorum.

The motion to censure CECA was later adopted and discussed at the April 2 Feds council meeting, while the budget committee will be decided by the board of directors.

When asked how Feds could keep student engagement in the GM, Lolas said, “I think the key is getting students more invested in some of the discussions that we’re having. We had quorum for issues that students really cared about such as the board elections. I think we lost quorum as the agenda items … were less relevant to [students].” 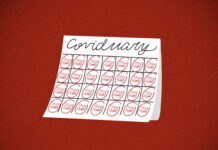 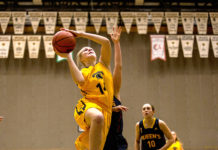 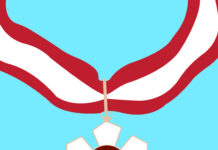 UW architecture professor appointed to the Order of Canada