UW’s Federation of Students have organized a variety of events in light of November Women’s Abuse Prevention Month.

Danielle Tobert, the advocacy director for the Women’s Centre on campus, talked about the focus of this month, “throughout the entire month [the women’s centre] on social media are offering resources and other ideas that this month needs to be made more aware in people’s lives.”

Half of all women have experienced at least one incident of physical or sexual violence since the age of 16, from data collected by the Canadian Women’s Foundation.

According to the Ministry of the Status of Women’s website, women choose not to report their abuse to the police for several reasons.

The first being, out of fear for repercussions from their abusers while 74% do not report because they feel as if it is a personal issue they are dealing with.

With 1-in-2 women experiencing sexual violence in their lives, this month is more important than ever.

It is also timely with the allegations coming out of Hollywood. “Awareness is the most obvious thing that people need to understand. A lot of people seem to think, ‘I don’t see it, so it doesn’t happen,’” said Tobert.

For Tobert this month is “upsetting. I really wish we didn’t have to have this month but I think, at the same time, the necessity of having this set out and labelled is beneficial but I hope it’s not infinite.”

The month itself and what it represents might be a fragile time for some women who don’t want to relive their experiences and can easily be triggered by the sharing of other’s.

Keeping the conversation going after this month ends is of key importance to the Women’s Centre.

Tobert also offered advice for those who have had individuals comfortable enough to share their stories to them.

“First off, the one thing that comes to mind for me, is to listen,” Tober said. “You shouldn’t just dive in with a solution or suggestion right off the bat. They’re tired, they want to bare their soul and have you tell them that it’s going to be okay, and that you’re sorry that happened to them. They want to know that you want to listen.”

According to Tobert being an ally for people who have suffered abuse is important in combatting the act of violence.

An ally is someone who is there for those who need support. They take care in the way they communicate with survivors and are strongly connected in the well being of those who have suffered.

Silencing survivors by not allowing them to speak out is damaging to the movement, and shaming a survivor is never a good thing.

In the future, Tobert hopes that they can collaborate with the White Ribbon campaign, a movement of boys and men working to end male violence against women.

“As well, in future, we are in talks with people in FEDS, we are trying to develop comments on policy 42 to help expand that,” said Tobert when asked about the next steps in raising awareness of sexual violence on campus.

Policy 42 is the prevention and response to sexual violence protocol. It also sets standards for addressing complaints or reports of sexual violence.

The person in this position is trained to understand and support individuals affected by sexual violence. The SVRC can assist survivors, witnesses, and front-line service providers.

They can also help point to where support can be found, options are available, and inform of next steps to take.

The Women’s Centre is hosting collaborations with other clubs on campus to expand the awareness for the month, such as “Women in Gaming”, which will take place Nov. 22 from 4:30 p.m. – 6:30 p.m.

The conversation is urged to continue after Nov. 30 to raise awareness surrounding women’s abuse.

Tobert reminds us, “that anyone can do their part, no matter how small.” 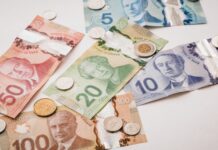 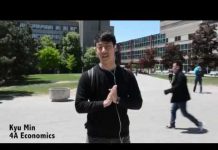