Burt came into the year with several overarching goals, including mental health, orientation and services. Burt faced problems throughout the year with two areas not mentioned in her priorities but that are under her portfolio.
Both governance and elections experienced noticeable controversy. She felt her highlights were the work done on mental health and being able to attend more events.
Several of her projects, including her wellness strategy and a fee agreement with the university are still in discussion with the university and have not been finalized. Burt was the only one of the four exec to not seek re-election.

Yasin’s goals were fairly vague in his action plan. He pledged to further support clubs and societies and hold a wide range of events. His measurable accomplishements primarily fall under this first goal with the creation of a Clubs Support Team, a multi-faith space policy and prayer room, and a campus safety committee.He also created two new services: Co-op Connection and the International and Canadian Student Network, both of which will gain funding with the Feds fee increase. He expanded Welcome Week, adding a brand new event with the carnival, and has continued to work on both Welcome and Wrap-Up Week. Yasin ran for re-election for this year’s most contested seat, defeating all three opponents.

Hamade, has had a relatively uncontroversial term.

He is also the only member of exec who worked on both his action plan items, and his original campaign items.

He has, in his own words ”built relationships which I hope will carry over into next year,” has had “productive” meetings on exam relief, and has several documents in the works (housing support system, federal advocacy plan). As for tangible results, a fall reading break referendum was held — the proposal goes to senate later this month, forms will be going up on Quest and student voting was at an all-time high in the municipal election. Hamade ran for re-election, securing a second term.

Balfour began his term with promises of better training for staff, a Feds band audit, a business plan, and a mission statement for the SLC. On paper, Balfour has accomplished all of his goals: the mission statement, business plan and audit are finished. The training sessions never happened, as Balfour backtracked on gaining “a better understanding of the organization.” Progress has been made on the new website: a staff member will be hired and it will be internally hosted. However, the highlight of Balfour’s term remains the $44,183 purchase of three MappedIn kiosks for the SLC. During his campaign for re-election the controversial kiosks came up on multiple occasions. Balfour’s bid for re-election was unsuccessful. 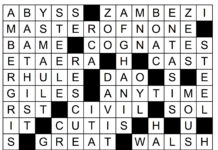 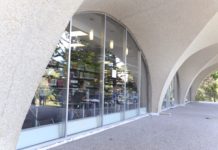 Still not asking for it