The second last game of the World Cup is where a third place finish is on the line. Brazil is in their signature yellow, as is the rest of the stadium, while the Netherlands switches it up and wears blue.

Brazil’s missing two players are back. Star defender Silva is back on the field and star forward Neymar is in the stands watching.

It all went wrong for Brazil… in the second minute. In an effort to save Robben of the Netherlands from scoring, Silva stupidly pulls on his opponent’s shirt in the penalty box. Silva gets a yellow card and the Netherlands get a penalty kick. Van Persie takes it and scores. Awesome start for Brazil.

Robben gets a yellow card for pushing two Brazilians. That made me happy. Robben drives me nuts with his childish antics. Unfortunately, that doesn’t slow them down. Within minutes, the Dutch score again. Blind took the shot; his first goal in this World Cup. I’m hoping this game won’t be a repeat of the Brazil vs. Germany game.

I really really REALLY want Brazil to win. It would be so embarrassing for them if they didn’t even place while they hosted in their own home country. Soccer is everything to them. It would mean so much to them. They’re still recovering from their loss against Germany. They need this.

Brazil gets a lot of free kicks. Guzman of Netherlands finally receives a yellow card after pushing a bunch of Brazilian players. Still though, the Brazilian’s are unable to score. The first half ends with the score 2-0 for the Netherlands.

In the second half, the Netherlands get some close calls but thankfully, they don’t score. Oscar of Brazil continues to shine when getting breakaways and running the ball up. Unfortunately though, Fernandinho of Brazil gets a yellow card for pushing. Despite this, Brazil seems to really be picking it up. They hold most of the possession and take some really good shots on net.

Then, the referee makes a ridiculous call. Oscar gets a yellow card for no reason. One of the Dutch players runs into him and Oscar falls because of the hit. In my opinion, the yellow card should have gone to the Netherlands, not Brazil. Oscar was the one that fell!

This game is annoying to watch for two reasons. First, it’s hard to watch Brazil gets tons of chances and still be so unlucky that they can’t score. Second, this game is annoying because of Robben. I hate watching him fall over and over when no one touched him. Seriously, he’s the only Robben that stays on the ground!

Ugh. In the 90th minute, Wijnaldum of the Netherlands score their third goal. At this point, Brazil has no chance. They’re finishing at an embarrassing fourth place.

Boos fill the stadium as the game ends. The Brazilians in the stands even boo their own team. Let’s hope that Brazil can make a comeback next World Cup. 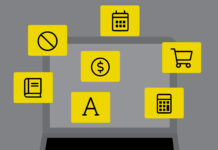 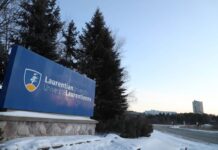 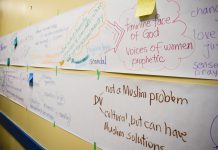