Costa Rica has done an amazing job for themselves this year. With a World Cup history of not entering, not qualifying and only making it past the group stages once before, the fact that they now made it to the quarterfinals is an amazing accomplishment for them. Currently, they stand as the lowest ranked team left in the tournament.

The Netherlands have also been insanely scary this World Cup. They’ve had amazing wins and boy oh boy are they fast. Having been runner ups three times in the past (1974, 1978 and 2010), some are saying that this could be their year where they finally win it all. Of course, I hope that won’t happen. Germany and Brazil are the teams I’m rooting for.

The Dutch, dressed in their signature orange, have a powerful start. They hold most, if not all, of the possession and they pass the ball between each other for FOREVER. The Netherlands have two amazing shots on net, one right after the other, but both times the Costa Rican goalie, Navas, is able to save it.

The Netherlands play dirty. Over and over again, the CostA Ricans, dressed in white, receive free kicks. Despite all the free kicks they get, they are still unable to score. The Netherlands never leave the possession in their hands for long either. The Dutch always get the ball back and when their star forward, Robben, gets the ball, I always get nervous for the Costa Ricans. He is fast. Like, really fast. He just pushes through and doesn’t care how many people he has to knock over.

Surprisingly, Costa Rica is able to hold their own. While possession doesn’t happen much for them, they are still able to prevent the Dutch from scoring. While their offence is weak, their defence is incredibly strong.

The first yellow card of the game goes to Diaz of Costa Rica. It looked like he grabbed a hold of Robben and may have pushed him down, but I think the yellow card had less to do with Robben, and more to do with Diaz arguing with the referee.

Towards the end of the first half, the crowd starts booing Robben. Apparently, a lot of people feel like he dived and faked his fall for a free kick. Nevertheless, the free kicks don’t matter. Navas, the goalkeeper for Costa Rica, is unstoppable, saving every ball kicked his way.

During the second half of the game, the Netherlands still holds most of the possession. Another yellow card is handed out to Gonzalez of Costa Rica. He now misses their next match. In the replay though, I really don’t think he did anything wrong. I think Robben just fell by himself. Again. Sigh.

Diaz of Costa Rica gets an incredible breakaway. He passes over to a teammate but unfortunately, they lose possession. This game reminded me a lot of a basketball or tennis game; you’re constantly turning your head from one side of the field to the other.

Over and over again, the Dutch get so close to scoring- even to the point of hitting the goal post- but unfortunately for them, they aren’t that lucky.

Somehow, Robben manages to get more and more free kicks. The way he wins these are questionable. I feel like he’s faking most of them, if not all. On twitter, #LOLRobben was trending so clearly I’m not the only one who feels this way. We’re all tired of the classic dive and hilarious facial expressions that follow. Enough with the theatrics!

Four minutes of additional time is added and it’s looking like the game is going to have to go into overtime. Personally, I think it’s amazing that the Netherlands still haven’t scored yet. They probably thought this was going to be an easy game for them but the Costa Ricans proved them wrong.

I realized I was cheering for Costa Rica. First, even though the Netherlands is having a tough time, they’re still the better team and again, if Costa Rica win, less competition for my teams, Brazil and Germany. Second, Costa Rica are the underdogs. I would love for them to beat the favourites.

The last few minutes are incredibly intense as the Dutch scramble for a goal. Over and over again, they try but with no luck. Somehow, the Costa Ricans are able to get the ball away from the Dutch and the game ends, still tied, and heading into overtime. This match is like any other of the quarterfinals games so far.

Apparently, the Netherlands have never won a World Cup game that has gone into extra time so I’m thinking Costa Rica might have a chance.

The Netherlands get a whole bunch of corner kicks in a row but are still unsuccessful. I got a little scared for Costa Rica when their goalkeeper got hurt but fortunately he’s okay and continues playing. They also get a crazy amount of offsides. So much so that on Twitter, they start calling their star forward Robin van Offside. Hahaha.

In the second half of overtime, Costa Rica gets possession but they lose it. Fast. Eventually, Costa Rica is able to take a shot on net and finally, get their first, well-deserved corner kick. They hustle like crazy and take amazing shots, but still, the score does not change.

The Netherlands take an amazing shot on net but they just miss and hit the crossbar. It’s super intense as the Costa Ricans scramble to get the ball out of there.

Realizing that they are mostly likely going into overtime, the Dutch sub in a different goalie by the name of Krul. Apparently, he’s good at saving penalty kicks. The Dutch are desperate. Understandable. They’re never won from a penalty shootout.

In the shootout, each team had scored once when the Dutch goalie makes the first save, putting the Netherlands ahead by one. Each team goes two more times. All score. On their last shot, the keeper saves the Costa Rican shot, meaning that the Dutch have won 4-3.

I’m disappointed even though I knew they were mostly likely going to win. Even though Costa Rica lost, I think they played an amazing game. They definitely didn’t make it easy on the Netherlands.

Now hopefully Germany or Brazil gets a chance to take out the Dutch. Who’s with me?

Eight things to know about the Ontario Student Grant 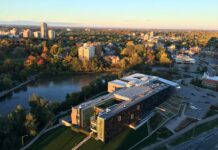 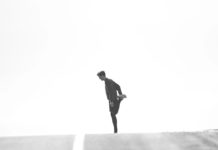 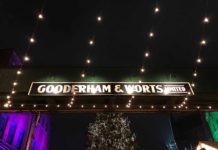