The Region of Waterloo’s 9-1-1 dispatchers are no longer operating locally and the Ontario Public Service Employees Union (OPSEU) and MPP are calling it part of a healthcare crisis.

The provincial government sited staffing issues as part of the rationale to move the Cambridge Central Ambulance Communications Centre to Hamilton on Dec. 16.

They brought them in from Windsor. It is a crisis and it appears throughout the province. There is simply not enough staff; it jeopardizes our communities, which we serve,” she said.

The hasty move meant the dispatch centre in Hamilton did not have auto-locate address software in the Cambridge dispatch catchment area, which includes Waterloo Region, Wellington County, and Dufferin County. The software was installed at the new facility on Jan. 8 at 10:55 a.m. A news release from Waterloo MPP Catherine Fife said according to reports, on Dec. 23, an ambulance was dispatched to the wrong address, causing a 16-minute delay to a patient that had, at one point, lost vital signs.

“When someone calls an ambulance, they deserve to know that help is on the way, as fast as possible,” Fife said. “The kind of delay reported on Dec. 23 is unacceptable, and could have been prevented.

No family in Waterloo Region, Wellington County, or Dufferin County should have to worry about what might slow an ambulance down when a loved one is in crisis.”

Morton echoed those sentiments and said people don’t often think about what they need in a crisis situation.

“We want to plan for the worst and hope for the best,” she said. “The government used to look after us. We were comfortable because Big Brother was watching over.”

But as we privatize more and compartmentalize the left hand doesn’t know what right is doing and it becomes a fatality. God bless the people it’s happened to and they have to live with that for the rest of their lives.”

Fife said it’s unclear how relocating the centre is addressing the issue.

“We deserve a government that will make healthcare a top priority,” Fife said. “For our region, right now, that includes putting into place a vigorous staff recruitment and retention strategy to support, hire, and keep emergency dispatchers.

This is an extremely high-stress job. In order for our emergency dispatchers to take care of Ontarians, we need a government that respects and takes care of them.”

Morton said even if the government decides to relocate the service back to Cambridge it would take more than a year.

The Region of Waterloo met on Jan. 8 and discussed reaffirming its attempt to take control of the service from the provincial government. Stephen Van Valkenburg, chief of paramedic services, provided councillors an overview of the Public Health and Emergency Services report noting that the Region has advocated for control over dispatch services since 2007.

During discussions, councillors mentioned the former courthouse would make a good location for the service to be located.

A motion was passed to remind Ford’s government that the region would like to take control of the service. 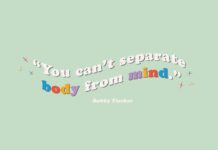 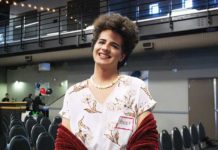 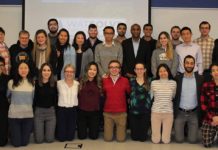