Ford Motor company has been quietly building a technology team at Waterloo for over two years and has finally made their first public appearance.“[Ford’s Waterloo team] had a lot of renovations going on the last couple years but we’ve finally got to the point where we are ready to put our best foot forward,” said Rob Maurice, Ford of Canada’s Manager of connectivity and Waterloo site lead.

He said that they have been hiring a lot of co-op students for the last two years.  “Right now we have approximately 20 coop students, and I can say with 90 per cent confidence that most of our co-ops are from the University of Waterloo for the Waterloo location,” Maurice said.

Maurice said Ford is looking to grow their operations in Ontario. Waterloo, Oakville, and Ottawa was chosen based on the availability of high-tech talent.

The unveiling on Oct. 23 showcased the latest vehicles and technology that Ford has been working on.

At the event, people walked into the office for the first time and were given tours around the labs, including the quality assurance lab, wifi communications lab, and the bluetooth lab. Maurice said that a large portion of the Waterloo team focuses on the software side of development, mainly the dashboard operating system.

“Most of the work here focuses on the software development side which includes testing, certification, release management,” Maurice said.

With the newest version of Fords’ in-house dashboard system rolling out­—Sync 3, the Waterloo innovation centre showcased the in-vehicle communications and entertainment system on their yet to be released 2020 Ford Explorer and the 2020 Ford Escape to visitors at the official launch.

“We had two of our all new vehicles on hand, which are the first vehicles to get the latest version of Sync 3 that was designed, developed and tested in-house and was the main catalyst behind the unveiling, this is what the team at Waterloo is working on,” Matthew Drennan-Scace, Ford of Canada’s Communications Manager said.

“It’s not just about horsepower and towing anymore, there are other needs that consumers expect and the infotainment system and the apple carplay, android auto, built in integrated navigation, the ability for the phone to connect, and hands free is all an expectation,” he said.

Drennane-Scace said it’s very important to see that Ford delivers the best possible consumer experience, and so showcasing SYNC 3 at the unveiling was to make sure that they started to tell that story. 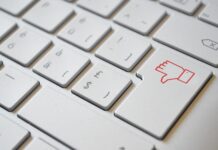 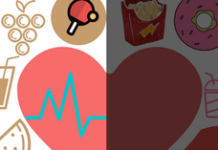 Diving into the semantics of self-care 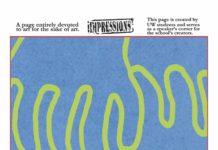