Several UW students’ co-op terms might be in jeopardy after they were forced to evacuate Fort McMurray due to the wildfires. According to Rocco Fondacaro, director of student and faculty relations in the Co-operative Education and Career Action (CECA) department, four of eight students who fled Fort McMurray are currently still looking for employment on and off campus.

Third-year computer science student Anusan Sivakumaran is one of these students who is seeking employment after the Fort McMurray wildfires. He was  slated to work as a software engineer at Syncrude Canada, a company located in the northern area of Fort McMurray.

Sivakumaran landed in Alberta May 1, the first day of the fire. He spent the next two days settling into the city and performing errands, like a required medical test. Despite the fact that Sivakumaran was in the region during the first two or three days of the fire, he was not alarmed.

“[I was told that] it was kind of far away, and that [I didn’t] have to worry too much,” said Sivakumaran.

However things took a turn later that day.

“When I went to bed the sky was clear and it was sunny … I woke up about 40 minutes later, I looked out the window and it was pitch black with ash everywhere. I could see orange glowing in the background.”

Sivakumaran was told to stay indoors as a safety precaution.

“I stayed inside and watched the news,” said Sivakumaran. “At this point they were evacuating the southern area which was not bad because I was in the northern area, and that was kind of cropped off and far [away from the fire].”

Sivakumaran was not too worried at this point and even proceeded to watch the Raptors game. However, less than an hour later, Sivakumaran realized he was in danger as the fire was growing and spreading rapidly.

“At 6:30 p.m., they announced that the entire city had to be evacuated,” said Sivakumaran. “I didn’t have a car so I had to figure how to get out.”

With no luck in finding his neighbours to ask for a drive, Sivakumaran contacted the RCMP for assistance. Within minutes, the RCMP was at his house to pick him up. “I had just the clothes on my back [and] my backpack,” said Sivakumaran.

The RCMP sped to the closest resource centre for Sivakumaran to stay at for the time being. However, just as Sivakumaran arrived at the centre he was told that everyone in the centre, including himself, had to evacuate as the fire was spreading even more rapidly. Sivakumaran was led to a public bus that was to drive them away from the city towards another resource centre.

“We were on the highway driving for six hours, [for a place] that was less than 100 miles away,” said Sivakumaran. “I thought Toronto traffic was bad, but this was crazy. We were literally bumper to bumper, probably moving a kilometre every 10 minutes.”

Sivakumaran arrived at the next resource centre by 2 a.m. “I was on the road for six hours so I was completely tired.”

Sivakumaran registered with the Red Cross and managed to contact his family the morning after, and was told that he had a cousin in Fort McMurray who could help him in this situation. His cousin was able to provide Sivakumaran with accommodations at another Surmont Sand & Gravel Ltd. that was further away from the fires. However that same night at around 1 a.m., Sivakumaran, amongst others, was told that he needed to be evacuated to Edmonton.

Several hours later, Sivakumaran was at another resource centre, which was even further south of the fire. Later on that day, Sivakumaran was contacted by his co-op advisor to check on his safety and whereabouts.

“She was worried about me too and gave me advice on what to do,” said Sivakumaran.

Sivakumaran later stayed at his cousin’s apartment in Edmonton and took a plane to Toronto the next day.

As of now, Sivakumaran is residing in Toronto and is searching for another co-op placement. “I’m a little worried of my co-op situation because right now I’m jobless,” he said. “I spoke to my co-op advisor and she put me on JobMine again, but I can’t really find anything because this [job was] the one thing I dedicated my plans towards.”

According to Sivakumaran, he has until June 13 to find a workplace or a work environment or else he might have to obtain an unemployment status for this term.

“It’s kind of unfair, I was put in a situation where my life was in jeopardy, [it’s not fair] to fail my whole entire work term [based on that],” said Sivakumaran.

In an email interview, Rocco Fondacaro confirmed that there is a possibility of such students receiving an unemployment status. “As with any unemployed student, even those who encounter changed or extenuating circumstances affecting their employment, such as strikes or environmental/political disruptions, if all re-employment efforts are unsuccessful, co-op credit cannot be granted for the work term,” said Fondacaro.

Fondacaro also stated that should a student receive this status, CECA works on improving the student’s applications, resumes, and cover letters to obtain employment for next term.

Despite the complicated situation that Sivakumaran is in, he is grateful for his co-op advisor and all the people who have helped him.

“I’m not sure what’s going to happen at this point, but I am optimistic.”

This is not the first time UW students have faced complex situations with their co-op placements due to the dangers of their location. In March 2011, 10 UW students were in the same dilemma during the Japan earthquake.

“When situations such as the Alberta fires or the Japan earthquake and tsunami of a few years ago occur, CECA devotes special effort to connect with students, to connect with their employers, offer as-needed financial support for amenities during the crisis, and assistance with arrangements to evacuate.  Student safety is the number one priority,” said Fondacaro. 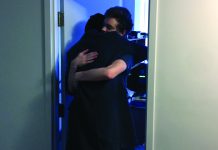