The photo in question depicts a fully clothed woman lying down with her back to the camera. Visible on her light grey sweatpants is a menstrual blood stain, with one on the bed as well. The picture is part of a series Kaur created as a project for her visual rhetoric class; the task was to create a piece of media that can challenge and change stigmas.

“I really want to push boundaries with my work and get people thinking in different ways and through different perspectives,” Kaur said of why she chose menstruation as her subject.

Kaur said she wondered why women are embarrassed or made to feel ashamed about their menstrual cycles. The photo removed was one of six in a series, each depicting hardships women face while menstruating like stained bedsheets and cramps.

When the photo was initially posted, Kaur said there were nothing but positive comments. However, 12 hours in, a few male acquaintances of hers began posting negative comments, which Kaur said opened a floodgate of hate. Within 48 hours the photo was removed, reposted by Kaur and removed again.

“It went from being a project to like a protest, almost,” Kaur said. “It proves what I wanted to prove,” she added. Still in 2015 people are not ready to talk openly about a woman’s menstrual cycle.

After posting the photo to her Facebook page with an explanation of events, Instagram reposted Kaur’s photo and sent her an apology email saying the photo had been removed “accidentally.” But by the time Instagram corrected the mistake, Kaur’s image had gone viral.

From The Washington Post to Cosmopolitan to the BBC, media across the globe was talking about the incident and looking to Instagram for an explanation.

“It’s not about you loving this work, you’re not always supposed to love art. This was created to disrupt a space,” Kaur said. “I think it did that positively because now people are openly talking about it and they’re making these realizations without me having to say many of them.”

As for the media attention, Kaur isn’t thrilled saying that her art is intended to get attention, not her. She generally keeps her face out of her work and now has her name making headlines.

Though she loves photography, poetry is more her passion. Kaur self-published her first book of poetry and prose Milk and Honey last year. She’s exploring themes of trauma and turning it into self-healing.

Kaur’s poetry explores topics of sexuality, abuse and other controversial topics, so to her pictures of period stains were not a huge deal.

Kaur went the route of self-publishing because traditional publishers just weren’t interested in subjects like rape and abuse. With self-publishing, Kaur had full creative control. “I didn’t want it to be commodified,” she said. This summer, after convocation, Kaur will go out travelling and presenting her book across North America.

Kaur, a Toronto native, came to UW for the security and practicality of co-op, starting out in economics before being drawn to the creative side of English and rhetoric. She draws inspiration from her Sikh culture, intersectionality issues and pushing boundaries.

Being an artist and writer at UW isn’t easy and Kaur said she feels irrelevant on campus. Kaur travels to other campuses to speak about her book. Places like U of T embrace artists and foster that community. Kaur said that just doesn’t happen at UW where artists and writers are overshadowed by engineers.

“Because they deleted it, it blew up. If they had just left it there, it wouldn’t have gotten this far,” Kaur said.

Can your grades get high on drugs? 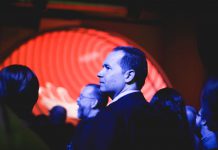