Technological developments have a long history of shaping mankind’s demands for new entertainment to fill our ever-increasing leisure time.

From this demand came sports, then the sports star.

Now, I argue that the myths surrounding the sports star have progressed past the field to the modern era of video game entertainment.

Whilst our brain development is progressed by modern video games, we can also be made a zombie to the modern Skinner box found in most games throughout history.

To begin, I will examine the manufactured “sports star” seen on posters, mainly focusing on soccer and basketball.

Due to their popularity, sports stars make millions and are used as marketing ploys.

How has something so inherently ridiculous been accepted as the norm?

Players become so trained that they don’t require any mental acuity, despite the ability to function as a unit, in order to beat the opposition, and men’s sports are only funded to supply this demand for better players.

The sports star has no individual identity but is rather a tool for people to project onto.

They are assigned to a team, to an organization that is bigger than they  can ever hope to be, and used for their  athletic ability.

Then they are paid in bulk and left to suffer like the piece of meat and muscle they have been trained to be.

All to be remembered as just a fad in the internet age.

This  successfully led to fame, but then came Halo.

Why should the sports star survive the digital age if there is a child that could eventually do the job better?

The first major first-person shooter to work on console, Halo single-handedly made the original Xbox console what it is.

If the sports star is a myth of perfect human conditioning, then one can argue that Halo is the wet dream of the Trumpian

The main character, John-117, was a super-soldier taken as a child and built for war.

Despite being part of an army, the most powerful player must fight vigorously to win the game.

Through John, we put on a suit like a jersey, felt strong and part of something.

I loved playing sports before university, but why watch men run around just like children could behind a ball when one could be at the centre of the action behind a controller?

Why not participate rather than be passive?

However, as they evolve, video games suffer the same fate as sports. Riot Games (a major game company) have had multiple sexual assault and harassment cases, and the people who make the games are usually treated like trash while the company makes money.

So why support them?

This parallels FIFA, which has faced scandal after scandal.

Yet sports have become so ingrained in society that stadiums remain publicly funded.

We should expect more from our entertainment than just score or be scored on.

If the first three Halo games could create a whole generation of legends, why pay people for playing with a ball?

Whilst neither institution is perfect (to fund Riot Games is to fund adderalled-out children that develop early arthritis), there is the potential to stop this public hysteria over the “sports star”.

While FIFA and Riot Games continue to have scandals and allegations of harassment, it is now more important than ever to build your own myths rather than being spoon-fed opinions from a screen which glorifies these million-dollar industries.

A happy Thanksgiving indeed at the Bauer Kitchen 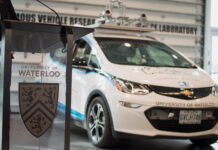 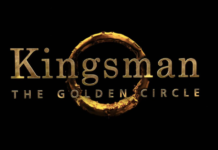 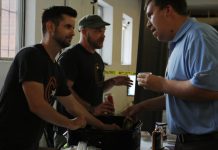 Local startups drink to a good cause