1. Video game in which the player eats ghosts

10. Bobby Drake, one of the original X-men

12. Apple desktop released a year before the Macintosh

14. To approve or allow to pass

17. Most important meal of the day, allegedly

19. Founder of Creative Computing and writer of BASIC Computer Games

20. Junji ___, Japanese horror mangaka who received an Eisner for his adaption of Frankenstein

21. Support cells for neurons in the central nervous system

28. Mother of William and Harry

30. Of or relating to striptease

2. Acidic salt found in most fruits and vegetables

13. Greek Island featured in The Sisterhood of the Traveling Pants

20. Man-made object venerated as a deity 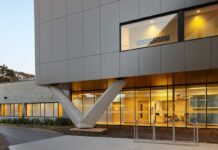 Do you have a moment to talk about Cheeses (Murphy)?