Gordon Lam’s third reception was enough to secure him the OUA record for most all-time receptions, but Lam knew he could do more. Lam’s receptions weren’t able to influence the outcome of the match as the Windsor Lancers beat the Waterloo Warriors by a 39-11 margin. However, in front of the 3,349 people at Alumni Stadium in Windsor, Lam cemented his name in the record books with 208 receptions, beating the old 205 reception record.

Lam was born in Ethiopia to a family that fled Sudan during the civil war of the late 90s. He moved to Canada with his family in 2000. He initially lived in Hamilton and then Mississauga, but only started playing football after moving to Kitchener where he was introduced to the sport by his cousins. Lam is one of the few first-year starters to play for the University of Waterloo, having played for Team Ontario in his junior year of high-school.

Lam’s rookie year saw him score an impressive 23 receptions. Though he had a strong first year, Lam felt he could have played better and spoke to head coach Chris Bertoia about how he could improve. The relationship with Bertoia became pivotal in his career growth. The following year, Lam scored 65 receptions for UW, nearly tripling his receptions from the year before.

Wellness and Academic Support Coordinator, Marshall Bingeman, was another positive influence on Lam, helping him with his mindset. In his third year as a football player for the university, Lam scored 60 more receptions, bringing his total to an impressive 140 receptions. In his third year, Lam was already closing in on the Waterloo all-time reception record, which he achieved in his fourth year. Within his 42 receptions during the 2021/22 season, Lam broke the all-time UW record for receptions, much to his surprise.

Before the football game between the Windsor Lancers and the Waterloo Warriors, Bertoia sat the team down in the locker rooms and gave a speech. As he talked highly of a player who had dedicated years to his team, Lam wondered who it could be. Bertoia then informed Lam that he is only two receptions from equaling, and three from outright taking the OUA all-time record. Lam went out and scored five receptions, receiving an ovation at Alumni Stadium from both the Warriors and the Lancers. Lam now sits atop the record books, with 208 receptions to his name.

Lam is currently waiting for a reply from UW to pursue his Bachelors of Social Work, but he is a high-value football player at his level. He is also waiting on scouts from the Canadian Football League to reach out to him and potentially sign him. However, Lam believes that he will be able to manage both together if they both happen to work out. He believes that individuals build their own paths moving forward and they must stay true to oneself — “I think it’s important for individuals to know that everything is in their control. If they are persistent and want to accomplish something, they can set out to accomplish it. I believe there’s a higher power and everything is written, so if you stay true to yourself and your family, you’ll accomplish your goals.” 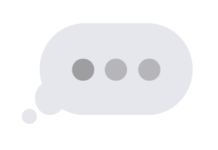 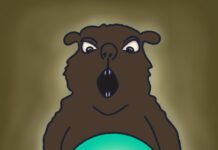