Enrolling in her early forties, French began her academic journey in 1989 just as she got ready to send her first son off on his. Each year she would take two to three courses, steadily pacing herself throughout. When French finally graduates this June, she’ll receive a degree in psychology. At the age of 70, she is the oldest student to graduate from University of Waterloo.

“I’m terrified about going on to the stage,” French said. “I’m very relieved that it’s done. I am going to miss some of the courses because I enjoyed doing them. But it’s just nice to know that after all these years that it’s now finished.”

At the time of her enrolment, French was assisting with clerical work at the local municipality. With her son about to begin university, a her daughter soon to follow, and a husband who had already completed a degree in engineering, French decided it was the right time for her to go back to school.

UW wasn’t French’s first pick. She began with York, enrolling in two courses, but chose to leave the school after deciding that the course selection wasn’t what she had hoped for. Wanting more options, French searched through various programs at UW. Many were offered online.

“It fit for me because I could fit it around my schedule, and I could set aside the time if I had to sit and study or whatever,” French said.

While online courses did help French with managing her busy schedule between work, family, and school, it came with its limitations.

“When there was something there that you are unsure about, okay, you can email your TA or someone else running the course, but it’s not the same as sitting down and talking with a bunch of people about it since it cements it in your mind more.”

Although French can’t remember every course in detail, in the 23 years, she was witness to numerous changes in the education system.

“For me to remember exactly what I was doing as I went through the university, I honestly can't do that, the technical aspects, the way they set it up online, I'm pretty sure at the beginning it was through the mail,” French said. “This was back in 1990, I’m not sure when they started all the online stuff.”

Navigating the changes online came with its challenges as well, but with some practice and exploration, French explained that she was able to learn quickly.

“In fact, I honestly wonder if anyone will ever be face-to-face in schools in the future. It's so much better to do it online, so easy,” French said. “My husband and I always say, "It's very Star Wars." The sort of thing when we were younger, you dream of things like this and I've never dreamed they'd actually come true. You know, you can be doing this course online and communicating with all these people, so it's evolved tremendously.”

“I don’t know how you do it, you know, the young people. I don’t know. They walk around looking fine with their five courses and I’m thinking, hell I could only do one because it was killing me,” French said. “I think [for] you young people, it just comes with being born, everyone’s rushing around in this world today. It did take longer, and in the end, it wasn’t for me to do anything with it, it was just the satisfaction of getting a degree.… I knew mid-forties I wasn’t going to be starting a new career or doing anything particular with it. Anyway, it made me feel better about myself.” 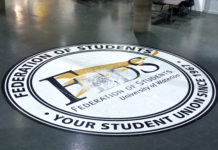 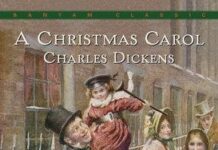 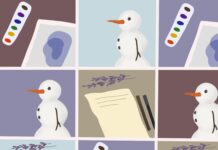