Although many studies have shown that a low-carb diet can help with weight loss, a recent report published in Lancet by researchers from Brigham and Women’s Hospital in Boston has shown that extreme avoidance of such foods could also shorten your life.

I think the ancient Egyptians would wholeheartedly agree!

Whenever I encounter current studies about different food types and how they affect our overall well-being and longevity as a species, I can’t help thinking about my birth country and how ancient Egyptians dealt with nutrition and health.

Ancient Egypt was the first developed society to turn subsistence agriculture into a viable and sustainable industry.

Millennia ago, its leaders established what was then a unique social concept; they believed that a government has the duty and responsibility of ensuring that the people under its jurisdiction are fed. Having sufficient food was deemed a basic human right.

Thus it became a matter of national security to efficiently manage the waters of the Nile River, not only when its seasonal flood was abundant for irrigating crops grown near its banks, but also during those years when floodwaters were low due to less snowmelt or less rain from its source in the southern mountains.

Biblical and Qur’anic stories tell of Joseph, the Hebrew boy who survived near-death experiences to become a trusted court advisor in Egypt. He was appointed by Pharaoh as his minister of food supply and demand, whose job was to uphold the mandate that no person in Egypt should starve.

Under Joseph’s tenure, the excess from years of abundant grain harvests was safely stored to be used in times of need. And when surrounding nations, like ancient Israel, Canaan, Jordan and others experienced severe drought and famine, Egypt sent food aid to alleviate their suffering. In the Biblical – Quranic account Joseph’s own brothers, who had once tried to have him killed, received food from him. Even up to the era of Roman occupation, Egypt’s advanced systems of food cultivation, storage and distribution allowed it to supply Nile-grown grains to remote corners of the Roman Empire.

Some of these grains, such as wheat, oats and millet are still familiar to us today, although in hybridized and often genetically-modified forms. Others, like spelt and sorghum, were long forgotten or ignored and are gradually being re-evaluated and appreciated in cuisine. But for the most part, 21st century people – including Egyptians – know far too little about ancient grains as beneficial sources of fiber, protein, manganese, magnesium and other small but important elements.

To benefit from these vital nutrients, my ancestors perfected methods of making both raised and unleavened (flat) breads from locally ground flours. In areas where dry firewood for ovens was difficult to find, they used the sun’s intense dry heat to bake thin pita-like breads on flat stones or rooftops.

In her book Ancient Grains, Kim Lutz includes more than 75 “delicious receipts for optimal health” using these long-forgotten grains. Hers is just one of many helpful books where we can regain lost knowledge about beneficial “carbs.”

In addition to their skill at growing many hardy and nutritious grains, ancient Egyptians built a thriving wine and a beer industry that survives to this day.

But my ancient ancestors didn’t live, as they say, “by bread alone.” 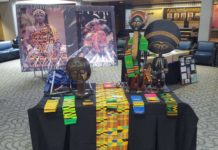