“No! I’m not starving myself. I’m just keeping track of my caloric intake”, she says as she eats 5 pieces of celery with two tablespoons of organic almond butter. “I’m just trying to stay active”, he says as he overexerts himself in the gym with cardio and strength training exercises 2 hours everyday of the week. “Today is cheat day, I’m rewarding myself for all of the hard work I put in this past week”, she assures herself as she buys cookies, pizza, and chips at the supermarket that she plans on eating in her room later that night.

What’s the difference between dieting and having a eating disorder? I’m not a certified nutritionist, so I am in no expert on this topic, but I have made several observations about dieters and found it very similar to the behaviour of bulimic individuals. There are articles and evidence that suggest that dieting is an ineffective way to lose wight, and that weightless should begin with a change of lifestyle, eating nutritional and balanced meals balanced with exercise. This is effective indeed, but when mass media tells us what the next best diet is to ‘lose 10 pounds in a week’ it can influence individuals to jump on the bandwagon and try the new diet, but I often find individuals crashing during the course of their diet and compensate for the crash through over-exercising, purging, or restricting foods.

I’ve wondered, does dieting increase an individuals tendency to engage in behaviour similar to those with medically diagnosed eating disorders, particularly Bulimia Nervosa?

According to Mayo Clinic, Bulimia Nervosa is a mental disorder where individuals go through periods of binge eating and purging to get rid of calories. Purging may include the use of laxatives, diuretics, fasting, strict dieting, or excessive exercise.

Dieting, according to the Merriam-Webster dictionary is defined as ‘sparingly’ eating and drinking to lose weight.

From relational experience to those on diets, and from media influence, when I hear that someone is on a diet, that individual usually cuts back foods in order to create a caloric deficit, some diets may require an individual to cut back on sugar, or carbs for example. But  I often observe, especially with individuals on strict diets, that without the willpower and discipline, individuals end up utilizing their ‘cheat days’ to fall back into their old habits of eating, or eat what their body is deprived of by going on massive binges. I have observed that some individuals often rationalize their behaviour by assuring themselves that they deserve to eat all of the unhealthy foods in the world because their diet has bee going so well, or convince themselves that they will eat less and exercise twice as hard the following week. In my opinion, this behaviour closely aligns with what individuals who have bulimia, the only difference is that they are medically diagnosed an eating disorder.

If the consistency of mass media and advocates promoting ‘dieting’ weren’t as avid in North American culture as it is today, maybe there would be less bulimic individuals, or individuals trying to achieve their weight goals by denying their bodies of the nutrition it needs to function properly. If dieting was promoted as eating balanced diets, instead of caloric restrictions, maybe, it would be more attainable to reach one’s goal weight, and would not seem like you are depriving your body of food.

Jasmine Grannum, 2B Arts and Business 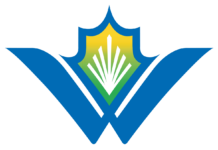 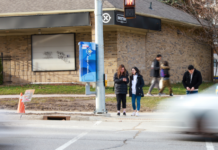