UW hosted the annual Hack the North event from Sep. 13 to Sep. 15, where hundreds of students from around the world work in teams to realize innovative ideas in 36 hours.

The students are also offered workshops on foundational skills, opportunities to network with others in their field, and, this year, an opportunity to showcase their creations.

Big name firms such as Microsoft, Loblaw Digital, Deloitte, TD, and Google, among others, awarded prizes to the teams that best used their APIs in a one-hour period.

Tech talks and workshops hosted by Hack the North and delivered by several guest speakers.

The talks were headlined by Jack Dorsey, co-founder and CEO of Twitter and Square.

Among the companies were other organizations that presented their opportunities for careers and advancement.

These included the counter-terrorism unit from the Canadian Armed Forces, which was recruiting members of all ages for their technological defense program.

Some organizations had their Hack the North debut this year. Freshbooks, a cloud accounting company founded in 2002, held a workshop where students could use their API to create applications that integrated with Freshbooks.

The companies also provided feedback for students’ projects on Saturday evening, when Deloitte hosted a pitch session for students.

They also used Arduino in addition to eqiupment borrowed from the Deloitte and Loblaw Digital Hardware Hacking Hub.

Students showcased their projects to judges and peers on Sunday, where they submitted their codes and demonstrated their creations.

Teams were judged on four criteria: the first is the wow factor — does the project stand out?

They also judge technical difficulty, that is, the complexity of the project. The third criterion is originality, where judges consider how new and unique the project is.

Finally, teams are evaluated on the design of their project, included its usability and presentation.

Students aren’t allowed to work on their projects before the event begins.

Students of all ages and levels of knowledge can gather together to explore their ideas and career options.

The event takes place annually at UW, and occupies the engineering buildings for three days. For more information on Hack the North, visit https://hackthenorth.com/.

A blurry past, a clear future 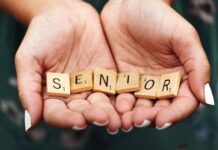 Why students should volunteer at long-term care homes