At the beginning of the football season, Warriors head coach Chris Bertoia knew his team was going to turn the corner, but wasn’t quite ready to compete for a championship.

“Our depth isn’t where it needs to [become] a Yates Cup Champion, but I think our guys see the light at the end of the tunnel,” he said in a pre-season interview.

Saturday’s Battle of Waterloo against the 5th-ranked Laurier Golden Hawks showed the Warriors still have a ways to go before they can be considered among the Ontario University Athletics’ elite.

A 71-24 thrashing from the Hawks was the first blemish of the season for the Warriors, with wins over Windsor, York, Toronto, and Carleton, leading the team to a 4-0 start and 9th place in this past week’s Canada-wide U Sport Top-10 ranking. The loss was the 14th straight in this series for Waterloo, 2003 being the last season that the Warriors got the better of the Hawks.

The match couldn’t have started worse for the Warriors. On the second play from scrimmage, an unblocked Laurier defensive end hit Waterloo quarterback Lucas McConnell from behind, forcing a fumble recovered by the Hawks.

The Warriors defense held firm, looking like they forced a two-and-out after the fumble, but an offside penalty gave Laurier a second wind. Hawks running back Levondre Gordon took advantage and punched it in from nine yards out to give Laurier a 7-0 lead.

After the Warriors were forced to concede a safety on their following possession, the Hawks found themselves up nine points inside two and a half minutes of play.

The Hawks would extend their lead to 12-0 before the Warriors deployed the dual-quarterback system that brought them so much success early in the season. Game-changing freshman Tre Ford missed the Warriors win against Carleton with an upper body injury. Ford started his return with a 30-yard completion to Tyler Ternowski, before helping the Warriors march the ball down inside the Hawks’ five-yard line. McConnell got the Warriors on the board a few plays later, hooking up for a three yard score with Brandon Loewen. A missed field goal rouge made the score 12-8 heading into the second quarter.

The second interval was a story of what could have been for the Warriors.

Promising field positions were twice squandered by interceptions: the first by Ford and the second by running back Brandon Metz on a trick play.

After Laurier took advantage of the second interception with a 44 yard touchdown from Knevel to Hall, Waterloo charged back with a drive of their own and McConnell found Richmond Nketiah across the middle of the field for a 14-yard score.

The Hawks’ punt on their ensuing drive gave the Warriors an opportunity to take the lead before halftime, but a decision to go for it on third and two from the Laurier 34 yard line backfired for Bertoia, with the Warriors turning the ball over on downs. The Hawks marched down the field to score and take a 26-15 lead on a three-yard score by Osayi Iginuan.

On the ensuing Warriors drive, another Bertoia risk failed to pay off and it cost Waterloo dearly. With 21 seconds on the clock before halftime, Bertoia chose not to run the clock out and regroup at halftime. Two incomplete passes left 13 seconds in the half, and forced the Warriors to punt. Waterloo’s worst fear came true when Kurleigh Gittens Jr. ran the punt back 65-yards for a touchdown with no time on the clock to give the Hawks a 33-15 lead heading into half.

The end of the first half seemed to take the wind out of Waterloo’s sails, and the heat finally caught up to them in the second half. The Hawks scored 24 points in the first ten minutes of the third quarter, opening up 57-15 lead. Caleb Girard added three field goals to bring the Warriors to 24 points, but two fourth quarter touchdowns ensured the Hawks won every quarter.

McConnell led the aerial attack with 195 yards on 12-23 passing with two touchdowns, while Ford was the team’s leading rusher with 86 yards on ten attempts.

When asked where the team will go from here, Bertoia emphasized that it will be important not to take a step backwards, towards the Warrior teams that went 0-16 in the previous two seasons.

“[The team] is used to adversity, but there was some body language there that was poor and reverted back to the old days and we don’t necessarily want that. One game doesn’t define a season.”

The Warriors will try to bounce back at home against the 2-3 Guelph Gryphons on Sept. 30, when Waterloo celebrates Reunion. Kickoff is 1p.m. at Warrior Field. 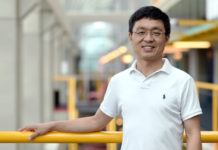 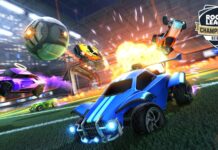