The topic of childhood obesity has become an increasingly difficult issue in our contemporary communities. However, the subject of greater obesity rates and risk amongst First Nations and Métis children is one which, in addition to being a challenging issue, is often overlooked. In an informational yet engaging lecture, which strongly captured the audience’s attention, Cooke guided listeners through an honest, anecdotal depiction of the road towards establishing the Healthy Weights project. This strategy seeks to prevent and reduce rates of childhood obesity amongst Aboriginal children through discourse and implementation of long-term health programs.

“We know that there’s very high rates of obesity among indigenous kids, and those are potentially affecting the rates of important diseases like diabetes in the future, so by addressing them at a younger age we have a better chance of reducing the overall burden of disease in the population. It’s an important public health problem for an important population,” said Cooke.

There is a clear relationship between the numbers of indigenous peoples in an area and the amount of social programs implemented for this demographic. This ultimately causes one to question whether the first is a product of the later, or vice versa. An analysis of secondary data demonstrates a greater rate of obesity among indigenous boys, as well as a correlation showing that children of parents or grandparents placed in residential schooling have higher rates of obesity as well. A history of government neglect and oppression has undoubtedly contributed to a feeling of social isolation amongst indigenous groups, which presents itself as an Aboriginal-specific condition when evaluating variables for childhood obesity.

“The short-term goals are to increase the availability of services and programming for indigenous children in urban areas. The longer-term goal is to reduce risks of obesity and to improve diet and physical activity through better access to programming. Secondarily, we also want to learn more about how to do these collaborative interventions, because the basis of the project is trying to improve the services through collaboration, through sharing knowledge, and sharing information,” said Cooke when asked about the project’s future objectives.

By examining a multitude of factors ranging from internal — such as gender, individual genetics, and behaviour — to external factors of food security, access to public health services, and overall social structures, Cooke and his team are able to develop more informed strategies for intervention. The Healthy Weights Connection project is also working towards combating the lack of sustainable improvements in decreasing obesity rates, achieved by pre-existing intervention groups. The implementation of their current four-year plan seeks to work in tandem with existing indigenous obesity prevention programs such as the Friendship Centre and Aboriginal Health Centre. This systems-level approach hopes to strengthen communication between program representatives and indigenous communities by first establishing a trusting partnership as a basis for permanent improvement.

The Healthy Weights Connection project currently has locations in London, Midland-Penetanguishene, as well as the Niagara Region. 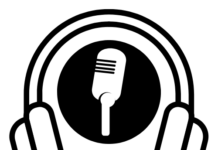 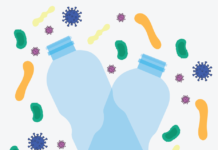 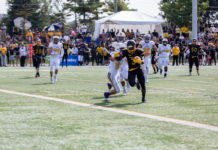