Home News Heaven on (or near) campus
Facebook
Twitter
Pinterest
WhatsApp
In December 2013, University Plaza hotspot McGinnis FrontRow shut its doors to the public. Citing increased competition, the aging of the building, the plaza’s notably high rent costs and the increasing need for businesses to explore new technology, the owners called it quits after 30 years of business. The building, a piece of prime real estate, stood empty for over a year.

As of March 12, FrontRow has a successor: Heaven Gastro Club. The new restaurant, which defines itself as a “true gastro pub food experience with a live and energetic atmosphere,” hopes to cater to a wide range of patrons, from university students to families looking for a night out.

“[FrontRow] was a little outdated and it was a sports bar. We’re not fine dining but we’re gastro-style, which is a really nice food pub. It’s a brand new facility so if you walk in here, it’s completely different.”

Dwyer doesn’t expect the issues that faced FrontRow to pose much of a problem to the new restaurant.

“Competition and real estate in Waterloo are healthy when you’re running a business. We plan on being successful and being here long-term.

“After McGinnis FrontRow’s closure, the entire building was gutted and rebuilt into a brand new facility. We’ve done a ton of research and have worked with a team of restaurant designers to bring a great new place to Waterloo,” Dwyer said.

With such close proximity to UW, Wilfrid Laurier and Conestoga College, students make up a huge part of the target market for local businesses.

“We want students to be able to have an awesome meal, be social and have a couple of drinks. It’s reasonably priced and our menus are very unique,” Dwyer said.

Despite occupying the same space as FrontRow, Dwyer said the new restaurant will maintain a very different atmosphere.

“They were like a bar where large amounts of people would go and drink heavily. We’re more of nice drinks [and] cocktail kind of spot,” Dwyer said.

Dwyer along with the rest of the restaurant staff have many plans for the future of Heaven GC and cannot wait to put their innovative ideas to the test.

“New technology is not something we shy away from,” Dwyer said. “We are already equipped with a selfie-shooter of our own creation, which is like a 55-inch touchscreen where you can snap a picture of you and your friends and share it on Facebook or Twitter. We have top-of-the-line draft pouring systems and our hostesses all have iPads to communicate with each other.”

But this is not all Heaven GC has in store: “Eventually, we’re going to have outdoor TVs and misting systems to make Waterloo’s first air-conditioned patio. These things are totally unique to the city of Waterloo and we have even more things coming.”

Heaven Gastro Club’s unique designs and menu are how it plans to stay ahead and establish themselves as key players in the KW restaurant scene. With such a university-central location there is no doubt that the restaurant will soon be flooded with students. Whether that will be enough, only time will tell.

It’s time to get off the bottle for good 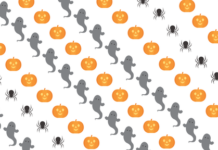 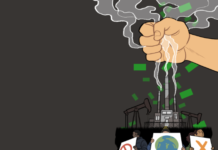 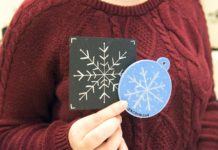