The leaky pipeline is the phenomenon of “women and girls entering STEM but trickling out of it for various reasons,” Parry explained. “The leaky pipeline is larger than financial issues — it’s a climate issue as well.” These issues include a psychological societal trend known as “unconscious gender bias,” which has been shown to lead to the systematic undervaluation of female work. In addition, many self-select out of their fields after struggling with an inability to progress up the academic hierarchy. In addition to providing financial assistance, the HeForShe IMPACT Scholarships “raise awareness of the opportunities for women in STEM and the levels of support we [the University of Waterloo] are willing to provide,” said Parry. Waterloo is the only Canadian institution participating in the UN campaign, with hopes of setting an example for other institutions.

To access these scholarships, students apply through normal channels for financial aid and are considered by each department independently. Six female students applying to STEM programs each receive $12,000 for the duration of their studies.

The HeForShe campaign is not without controversy. A quick Google search reveals a plethora of opinion pieces, arguments, and articles launching thorough debates for each.

Parry acknowledges that controversy certainly does exist; however, “we need to have critical conversations around gender equity and how we are going to tackle it….  There are multiple different approaches to feminist theories and feminist ways of living — there is no monolithic approach. You are going to get diverse opinions.” By 2020, HeForShe hopes to increase female enrolment in STEM programs and related outreach initiatives by 33 per cent.

However, HeForShe is not just a scholarship program — they have additional plans. One is the 10x10x10 IMPACT framework, which has the goal of recruiting 10 university presidents, 10 corporation leaders, and 10 heads of state to be champions for HeForShe. Each of the presidents will implement three changes within their spheres of influence. This will take the form of mandatory gender sensitization and advocacy against gender based violence, while promoting gender equality nationwide. Another one of their initiatives is the creation of “faculty champions.”  These champions will be tasked with identifying gender issues within their faculty and acting as a liaison to the university’s existing programs to co-ordinate additional assistance. The champions and the forms of financial support that can be expected are to be announced shortly. Critical reflections are scheduled for the highest levels of the university.

According to Parry, “This fall we’re having a round table discussion with the faculty members on campus to start hearing some of the issues … with respect to career experiences, career advancement, and career aspirations, and once we hear what the challenges are we can put mechanisms in place to address them.” Such information will be used to assist their plans regarding changes to structures, the number of female faculty members on campus, and creating more opportunities for leadership. 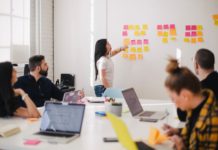 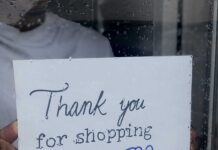 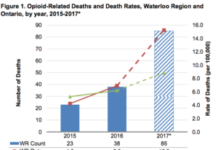