A journal article,published in ‘Nature Geoscience’ this week, suggests that the Gulf Stream may be slowing and weakening. The article predicts that, if climate change continues on its current course and global temperatures continue to rise, the Gulf Stream could pass a critical tipping point by 2100. This could result in faster sea level rise on both sides of the North Atlantic, stronger hurricanes, tropical storms and reduced rainfall in drought-prone areas. What’s more, the slowing and weakening of the Gulf Stream may exacerbate global heating.

Normally, the Gulf Stream begins near the Florida Peninsula, where it picks up and carries more than 5,200 gallons per second of warm surface water north toward Newfoundland and then tracks east across the Atlantic to Europe. In the North Atlantic, surface waters become much cooler, saltier and denser, sinking deep into the sea before travelling south and repeating the cycle. This northern portion of the Gulf Stream is known as the Atlantic Meridional Overturning Circulation, or AMOC. There is evidence from the past that this portion of the Gulf Stream has shut down before, after slowing and weakening, similarly to what is observed to be happening now.

Researchers in this most recent study attempted to dive back into the AMOC’s flow history by nearly 2,000 years. The team utilized 11 proxies, which included temperature records, Atlantic silt data, underwater sediment cores and deep-sea coral population records, to model how warm the AMOC was and how fast it has moved over the past 1,600 years. They found that in the past, the system has not  been as slow or weak, as it has been over the last few decades -in the timescale of 1,600 years.

Other studies show that the AMOC has weakened and slowed, practically stopping, in the last 13,000 years ,as a result of meltwater from retreating glaciers running off into the North Atlantic and Arctic Oceans. With freshwater being lighter than saltwater, the critical sinking phase of the Gulf Stream does not occur and this likely has led to periods of slower flow in the past.

Today, with globally increasing temperatures, the Greenland ice sheet is melting at an unprecedented rate. The subpolar North Atlantic is reportedly already less salty than at any other time in the past 120 years. These conditions make a slowing of the AMOC even more likely.

Another indicator of the slowing and weakening of the AMOC comes from what is known as the ‘cold blob’. Located southeast of Greenland, the cold blob is a cold temperature anomaly which suggests that the Gulf Stream may not be arriving in the North Atlantic with the same strength and temperature as it has previously.

“One of the hallmarks of a shutdown,” Dr. Peter de Menocal, a paleoceanographer and president/director of the Woods Hole Oceanographic Institution, says, “is a cold blob.”

The shutting down ,or at least continued slowing, of the AMOC and overall Gulf Stream seems likely, but scientists cannot exactly conclusively come to a consensus on whether it has or is.

However, there is an understanding that if we continue to exert pressure on and warm the atmosphere, then the Gulf Stream will reach a critical tipping point. 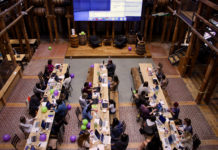 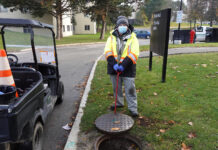 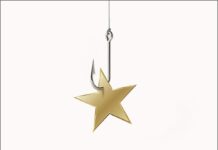