Services like Spotify, Apple Music, or Google Play are seen as an essential day-to-day component when it comes to the average student occupying their ears. Students will listen to music while walking, studying, or driving but sometimes songs have to be skipped or playlists need to be managed while hands are occupied.

Houdini is a new voice powered interface for music streaming coming out of a company that specializes in pioneering the “connected car” called Intelligent Mechatronic Systems (IMS).

The establishment was created by Dr. Otman Basir who received his PhD in Systems Design Engineering from University of Waterloo in 1993 and has authored over 200 patents in his lifetime.

According to Dr. Otman Basir’s son and Houdini co-founder Mossab Basir, IMS is striving to create the definitive connected car, with ingrained technology that will make driving as safe as possible.

Houdini, as Basir describes, is “the agent [that connects to the cloud]” like “Jarvis from Iron Man” but he made clear that Houdini isn’t just another Siri.

Houdini is actually smart, clarifying that it will do the “heavy lifting” so that the user “doesn’t have to intervene.”

For example, in their most recent update you can create a blank playlist and “blurt out a bunch of words” at it and Houdini will create a playlist based completely around those terms.

The app is also always building on the user’s profile, using context and historical data to determine exactly what kind of music the listener is ready to listen to at that moment.

Basir revealed that Houdini’s internal philosophy and name inspiration is posing the question “how much can you tie your hands to the wheel and still do what you want to do?”

Basir thinks Houdini is exactly what UW students need, since the trend of voice controlled technology like Siri is an environment that millennials grew up in, “[millennials] expect everything to work this way.”

He expects the complicated technology behind Houdini to be completely underwhelming to students, but that they’ll choose it simply as the most reliable music streaming for the car.

While in its current stage Houdini is made to make enjoying music in the car convenient and safe, he said it is very possible for Houdini’s technology to branch out as a general media retrieval system.

Houdini has been in development since 2014 and is available on android devices now, with an iOS release planned for January.

Canadians could go to the moon 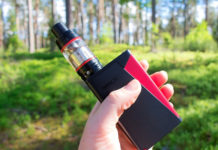 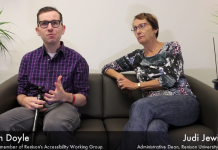 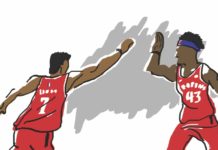 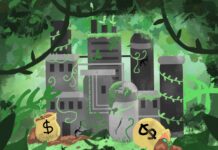