Filled with gorgeous graphics and stunningly articulate stories which recount the evolution of the university’s culture of innovation and entrepreneurship, the book is a testament to the individuals who have laid down the foundations that have allowed the once small and relatively obscure Canadian university in the 1960s to become an internationally recognized leader in co-op, business, and technology.

In Innovation and Entrepreneurship are in the Waterloo Genome, McLaughlin identifies some of the major figures who have established — and even fought for —some of the key features that have made a name for the university such as its co-op program, engineering faculties, and its continuous drive towards revolutionizing the ways in which post-secondary education is taught.

Now retired from his post as a history professor at St. Jerome’s University College, McLaughlin emphasized the role students have played in the development of the university’s distinct culture.

“I think the thing that really surprised me, as I was researching for this book, was the importance of the place and role of students in shaping this university,” McLaughlin said. “It’s the role of students that shape the university in fundamental ways that other university students were not able to do.”

Having students contributing to their own education, according to McLaughlin, was one of the ways that helped differentiate the University of Waterloo from other universities that followed a more traditional way of educating students.

Research done by some of his students also helped with the formation of the content and they are credited in the back of the book.

This emphasis on students also appears in the book itself; many of the images used in the book reflect the lives and the growing diversity of the university’s student body throughout the past six decades.

“You’ll notice from the number of times students appear in the book, over and over again, that, I believe, students are the lifeblood of this university. [This book] is overwhelmingly about students.” said McLaughlin. 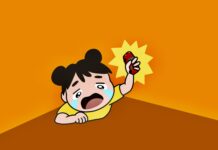 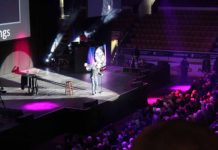