The fields of art and science have often been in opposition to each other; however, three authors have managed to connect them by writing science fiction. Madhur Anand, Margaret Nowaczyk, and Krista Foss use their appreciation and devotion to science to elevate their works of art.

The three authors speak about how science has fueled their creative works in many ways at The New Quarterly Wild Writers event held online. “I use it to illuminate, I use it to evoke wonder, I use it for metaphor, I use it to enrich everyone’s lives who participates in the book, including my characters, but I don’t use it to explain things,” Anand said.

Anand is a professor of ecology at the University of Guelph and the director of Guelph’s centre for environmental research. She is also a poet and the author of the award-winning memoir, This Red Line Goes Straight to Your Heart: A Memoir in Halves. The memoir is about the beginnings of an unlikely family and their journey to Canada. It is told through the lenses of biology, physics, history and poetry. She uses science in unexpected ways to enhance her story.

“I used the idea of turbulent flow from fluid dynamics because, originally the book came out of my desire to write about my parents after my mother had a heart attack so I played a lot with the idea of lines and flows and hearts and turbulence,” Anand said.

Nowaczyk is a clinical geneticist at McMaster’s Children’s Hospital and has authored 120 peer-reviewed papers in genetic journals. She also writes short stories and essays. Her memoir Chasing Zebras was released on Nov. 23rd. It chronicles her journey to become a geneticist and details how writing improved her abilities as a geneticist and physician.

Foss is an author, essayist and award-winning short story writer with a curiosity for the sciences. She was a journalist at a national newspaper, where she interviewed many scientists about their work, kindling her love for science and prompting her to find a way to merge her two passions. Foss’ newest book Half Life was released in March of this year — a novel about a science teacher who finds comfort in confiding to a dead physicist.

Although Anand, Nowaczyk and Foss have connected their passions in arts and science, there is still  a chasm between the two fields, to the disadvantage of many. The line drawn between the two disciplines has been difficult for many to reconcile – students choosing university programs, adults choosing their careers and even people exploring their hobbies.

Nowaczyk is passionate about bridging the gap between arts and science. A large part of her memoir is about how the separation of arts and sciences has affected her and how much repairing this gap can help others.

“I am involved in the field called narrative medicine where medical students and physicians are taught and encouraged to read literary works to foster empathy,” Nowaczyk said. “In the olden days, people were supposed to have been trained in humanities as well as the sciences before they applied into medicine — it was just as important to have a good grasp of ancient history and the classics. That has gotten lost in the technologization of medicine. Narrative medicine strives to make people more sensitive and more empathetic by reading literary fiction.”

“I am a practicing scientist and a practicing artist, and I have to fight with that within my own personhood and identity,” she said. “We have these silos in society and in institutions that are broad and sweeping. This is a problem because we do have a lack of understanding of what scientists do and currently we have a crisis in believing in scientists, the politicizing of science and so on, and it can be really problematic.”

These women show that though science and art seem to be completely different, it is when they are both used in tandem that a truly amazing product can be achieved. They have proven that it is possible to follow their passions in multiple disciplines and pave the way for others to do the same.

“Science doesn’t just belong to scientists, it belongs to all of us,” Foss said.

The University of Waterloo recognizes the importance of a well-rounded student who is versed in arts and science. One of the ways they attempt to bridge the gap between disciplines is through the Knowledge Integration program which allows students to explore interests on both sides of the divide. The school also encourages students to customize their learning with minors and specializations available for many degrees.

CORRECTION: A previous version of this story did not attribute the speakers to The New Quarterly Wild Writers event and misquoted Anand. Imprint regrets this error.

WaterlooWorks — or does it? 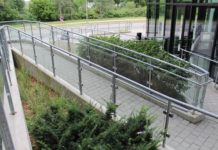 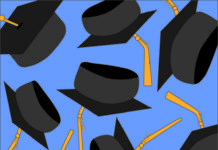 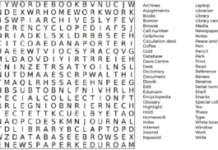