An otherwise quiet night at the Velocity Start Space Jan. 18 saw the University of Waterloo’s raucous associate professor of economics share with the institution’s budding business folk.  In an event titled “What’s Your Problem,” Smith shared his insight in his classic hard-hitting style, as one of Velocity’s many free, student-oriented seminars.

Lauded by the program as the “figurehead” of Waterloo innovation and entrepreneurship, Smith has certainly seen his fair share, having advised upwards of 500 student-led startups — many of which he has since personally mentored to success.

Poking and prodding at the audience, his lecture pummeled the idea of commitment for its own sake, warning students not to fear “writing off” their time in a failing endeavour. Difficult though he prescribed this to be for young and eager students, according to Smith there are things far worse than an injured ego — a situation which he refers to as “the Swamp”.

From this metaphor rose tale after tale of woeful Waterloo grads who “wasted their time” on unsuccessful pursuits, “persistent to a fault” in the hopes that hard work would rectify falling revenue. “I don’t want you to ever be in that position,” lamented the business guru.

Thankfully, for every pursuit which Smith has seen fail, Smith claims to have seen an equal number triumph. As for their key to success, the speaker boiled this down to the problem which such ventures aim to solve.

According to him, such strategic problem-solving provides the very basis of the most “fundamental economic approach to enterprise” and has been the common denominator in Waterloo’s incomparable startup success. Chastising those in pursuit of high-risk and low-reward ventures — those which aim to solve “small problems” — Smith pointed to the achievements of the school’s most notable figures and challenged the audience to, like them, find the “killer pain points” in their industry of interest and seek out answers via innovation.

Striding through the spellbound audience, Smith took a moment to appreciate his alma mater’s co-op program, which not only gives students an insider look at big business problems, but the opportunity to solve them — something he calls “the Waterloo advantage”.

So how to best harness these opportunities? And most importantly, how should students know when a problem is important enough to launch an enterprise?

As Smith put it, in his characteristically abrasive manner, “You know perfectly well what ‘important’ means!” Pointing to real-world business issues which often lend cause to systemic failure, the problems which spawn successful startups are those for which “the possibility of a solution alone” is enough to convince international corporations and organizations alike to both invest in, as well as purchase the product.

As far as finding problems of such magnitude, Smith’s advice is all about hitting the books. His tip? “Read what important people read.”

In his final parting words, Smith asked student to “remember: you’re Waterloo students! Abnormally ambitious!” Smith challenged students on this basis to solve “the big problems,” for the sake of their business and if only because others have not.

Unity and fear in the Prairies 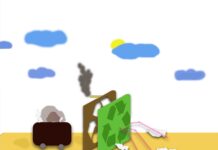 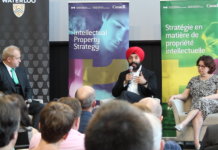