I was fortunate enough to be in New York City for International Women’s Day. Being there and being able to be part of the politically-charged atmosphere was both enlightening and exciting. The day began with the HeForShe press conference, followed by hours of being amongst men, women, and the non-binary who have chosen to use their voices collectively to raise the voices of others. It was a day of support, respect, recognition, and above all, it was a day of solidarity.

The press conference itself was laden with responsibility on a global and corporate scale. HeForShe is an initiative by UN Women and stands as an example to others in positions of power, institutions, and governing bodies. Its rhetorical appeal stems from the benefit of women as contributing members of society and how this power can shape the world. I was immediately struck by the presence of influential members of NYC’s society who were in attendance, including actors, theatre executives, and members of the media.

Emerging to the streets of New York City, solidarity in a city of millions felt like waking up. Perhaps it was the NYC atmosphere that made everything electric; the city’s very streets seemed to shimmer with hope in the vibrant daylight. It appeared that even the weather co-operated in solidarity with women.

Linda Sarsour spoke powerfully and beautifully about the establishment, dissent, and support of all women around the world. “I ask you today, those who are striking, to remember that you not only strike for yourself, but you strike for women who could not strike today,” she exclaimed passionately. “Make your voices loud to continue to send a message to this administration that we will stand against any and all policies that target the most marginalized communities in this country.”

Fatigue began to seep in as the day went on, but I could not bring myself to leave. Even just standing in the crowd and conversing with many women from various walks of life revitalized me, bit by bit. I was among kindred spirits who welcomed me with open arms. Popular topics were reproductive rights, equal pay, gender discrimination, transphobia, homophobia and racism — all sides of intersectional feminism. It was refreshing to see that kind of firmly established discourse surrounding the topic: if your feminism does not support all women — no ifs, ands, or buts — then your feminism was very much unwelcome and unnecessary. It is not new, nor surprising, that there are those who choose to be selective over the women they support and how they go about doing so.

For as long as those in positions of privilege are asking “why” and seek to continuously oppress the marginalized, we will continue to march. We will continue to contribute to our communities in positive ways, and remember that women will never stop fighting. A few women could only laugh in disbelief over the fact that these rights should have been guaranteed long ago, as basic and fundamental as they are. Rights for women are human rights and that should be that. But for as long as we speak using ‘should be’ and ‘could be,’ this is a fight that has yet to be won.

To me, one of the most important highlights of the day was the intersectional feminism resounding throughout — a comparatively stark difference from the firmly institutionalized HeForShe. The difference in activism and support for gender equity was very clear. I thought that it showed the difference between levels of privilege at play, even in activism and support for gender equity. At Washington Square Park, though all had slightly different messages to articulate, all shared a common theme. Everybody emphasized the importance of fighting back against oppression and never devaluing their importance to society. While I had to unfortunately catch a flight back to Toronto by the time they managed to get the crowd moving, it was the perfect ending to a fantastic day.

To close, I recall the prominence of Linda Sarsour’s words: “Women are leading this resistance. And if you want to know if you are part of the right resistance, make sure there are women at the head of it and that you are following women of colour.”

Protect your Tech this Winter!

Are you Okay?: Feelings of Hopelessness, Sadness, and Loneliness 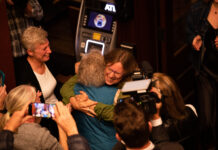 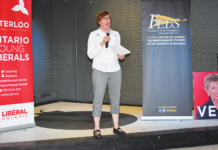 What you need to know for June 7th