Local, national, and even international performances will be held in various places around Kitchener during the festival, which will run from Sept. 22-27. Each production focuses on different cultures, experiences, and languages, including non-verbal language. Performances include theatre productions, industry conferences, and play readings. UW history and Silver Birch Projects are also partnering with Tomson Highway, Patricia Cano, and Christopher Plock for a special one-time concert.

Speakers at the launch event included MPPs from Kitchener and Waterloo who talked about the importance of the festival to the KW community. Afterwards, a live preview of Return Home by the Return Home Collective — a production about the struggles of a Palestinian and an Anishinaabe woman — was shown. Majdi Bou-Matar and Pam Patel from IMPACT 15 announced the productions for this year’s festival.

The UW history department and St. Paul’s Aboriginal Centre are also partnering with Tomson Highway for a special one-time concert and an on-campus lecture for the History Speaker series — a lecture opened to public where historians talk about their work — on Sept. 24.

Susan Roy, assistant professor of history at UW, had asked Tomson Highway to speak on campus, with the hopes that the event will allow students the opportunity to meet different writers and artists. Tomson Highway is a Cree playwright and writer from Manitoba. The concert will be a cabaret style performance of songs from his recent play. Each song is about the native culture and its impact on society with lyrics in the Cree language. On Sept. 24, Highway will be speaking about his work at the History Speaker series and will be performing at the Registry Theatre at 9 p.m. for IMPACT 15 with jazz saxophonist Christopher Plock and Franco-Peruvian vocalist Patricia Cano.

Donna Strickland to give free lecture 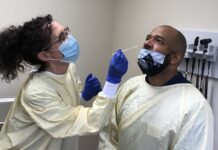 School of Optometry and Vision Sciences Main Clinic participates in a... 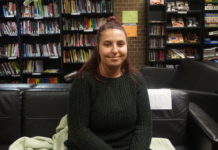 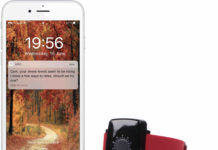