And if you’ve got no other choice, you know you can follow my voice…to some hidden gems for the summer.

Coming out of another two-month lockdown, it may feel as if you’ve listened to, read or watched every piece of media ever made. If you’re hungry for something new to consume, allow me to recommend some of my personal favourite “hidden gems.”

Music: Hedwig and the Angry Inch

First, I’ll wait for the “Hedheads” — as fans of the show are called — to finish rolling their eyes at me for saying this extremely popular musical is a deep cut. Then, I’ll say this: if you haven’t yet listened to Hedwig and the Angry Inch, please do so right now. You don’t have to be a musical theatre fan to fall in love with the music from this show.

Hedwig initially opened Off-Broadway in 1998 and quickly became a cult classic. Written by John Cameron Mitchell and Stephen Trask, this musical is presented as a live concert and all the songs double brilliantly as both plot devices and as stand-alone rock music. The basic premise is that Hedwig, a genderqueer East German, is performing her show in a dive bar in the middle-of-nowhere, U.S. Over the course of the evening, Hedwig talks about her childhood, her search for a soulmate and her music. Hedwig performs with her band The Angry Inch, named for what happened to her after a botched sex change operation changed her life forever.

There are further plot intricacies, which you can discover in the excellent 2001 film adaptation. However, the music stands on its own as fun, high-energy and touching rock. Personally, I would recommend the original cast recording—the Neil Patrick Harris 2014 Broadway revival is great, but it includes extra content that might confuse a first-time listener. Lena Hall’s EP Obsessed: Hedwig and the Angry Inch is also incredible but it doesn’t cover the full score.

Patti Smith, considered the “Godmother of Punk” is a gifted musician, poet and activist. Her National Book Award-winning memoir Just Kids is a fascinating and emotional read.

You don’t need to know much about Patti Smith to connect with her work. Largely focused on her life before fame, Just Kids details Patti’s youth, from growing up, to surviving as a starving artist in 1970s New York. The memoir also focuses on the deep friendship she shared with photographer Robert Mapplethorpe until his death in 1989.

Smith’s writing is beautiful and atmospheric. Just Kids will make you want to hug your friends, snap some photos and possibly go on a 70s binge, as Patti encounters a surprising array of 1970s icons. As a writer and artist, Smith is very well read and her references can get a bit dense at times. If you’re interested in poetry, French writers or the unconventional artistry of the 70s, you may very well finish this book having added several items to your “To-Be-Read” list. Either way, Just Kids stands alone as a beautiful capsule of a unique time period, an idiosyncratic place and a powerful relationship.

Once I chose the music and the book, I knew I had a theme to follow. Jenny Slate: Stage Fright completes our trifecta of self-reflective works by feminine performers. Part stand-up comedy set, part reflective documentary, Slate’s 2019 Netflix special is heartwarming, melancholic and also wickedly funny. Stage Fright has a remarkably compelling tone, even as Slate contrasts hilarious stand-up with documentary-style sections. She riffs on her childhood, her family and her divorce, and discusses the same topics from a more grounded point of view, which includes a visit to her childhood home and interviews with her family. The wild shifts in tone, in my opinion at least, create an exceptionally balanced piece, leaving the viewer feeling comfortably neutral at the end—a little melancholic, but with a sore face from laughing. 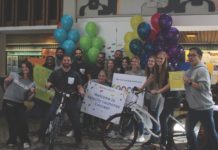 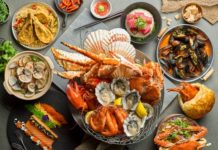