January can be a bummer. Often, you feel bored with little to no options to spend your time in the winter, and most of the places you wanted to be are either closed or far away from you. While it can be difficult to face yet another month at home, there are various forms of entertainment to help you relax and enjoy your time. Here are a few upcoming books, movies, series and video games that will keep you warm this January.

The Maid (Nita Prose): Molly is a hotel maid who lacks social skills and often misinterprets people’s intentions. One day, she discovers that Charles Black, an infamous and wealthy guest of the hotel, is dead. She goes on to face a number of unexpected encounters in her quest to find the true killer before it is too late.

A Flicker in the Dark (Stacy Willingham): When Chloe was 12, six teenage girls went missing in her small town. Her father confessed to the crimes and was sentenced to life in prison, leaving her family to struggle with the truth and figure out how to move forward. Twenty years later, Chloe is now a psychotherapist and is preparing for her wedding. However, when several teenage girls go missing, she begins to notice parallels from her past. Is she just seeing things, or is something more sinister at play? Who is to blame, and will Chloe find the perpetrator?

Reminders of Him (Colleen Hoover): Kenna Rowan comes to town after serving five years in jail from a fatal mistake, wanting to reconcile with her daughter. Unfortunately, no matter how much she proves herself, everyone is determined to keep her out — except Ledger Ward, the local bar owner, who has a few remaining connections to Kenna’s daughter. Despite the pressures of everyone around them, the two form a bond. However, as their relationship develops, so does the possible risk of the townspeople losing faith in them. Kenna must find a way to atone for her past and build a brighter future for herself.

Scream (2022) (Matt Bettinelli-Olpin, Tyler Gillett): Twenty-five years after a string of gruesome murderers in Woodsboro, a new killer takes over and is targeting a new group of teens in an attempt to resurrect secrets from the town’s murderous past. The film features a slew of talented new cast members along with a cast reunion from the first film.

Belle (Mamoru Hosoda): After joining a magnificent virtual world, a student becomes an adored singer. She quickly finds herself on a mission to discover the identity of a mysterious beast on the run from vicious vigilantes. Belle is the seventh animated film by Mamoru Hosoda, the director behind several well-known anime films, including The Girl Who Leapt Through Time and Summer Wars.

Morbius (Daniel Espinosa): A biochemist attempts to cure a rare blood condition he is facing. However, his experiment goes awry, and he unwittingly infects himself with a form of vampirism. Morbius is a standalone Marvel film that focuses on a character from the Spider-Man comics.

Peacemaker (Crave): Based on the character from DC Comics, the series takes place after 2021’s The Suicide Squad, with John Cena reprising his role as the anti-hero. Unlike the film, Peacemaker focuses more on the character’s backstory and the missions he partakes in to achieve peace.

Fraggle Rock: Back to the Rock (Apple TV+): From the hardheaded Gobo to the adventurous Red, these lovable small creatures will have more adventures with meaningful morals and issues, including prejudice and social conflict.

The Book of Boba Fett (Disney+): In this spin-off to the Star Wars franchise, everyone’s favourite armoured bounty hunter returns as he seeks to make a name for himself in the galaxy’s underworld. With mercenary Fennec Shand on his side, they will have to take over a territory that was once controlled by Jabba the Hutt. 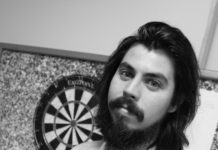 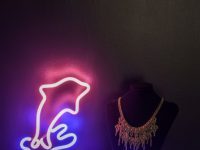 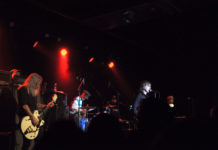