As the term is coming to an end, many items have been misplaced by their respective owners. In light of this, here is a list of some items that have been reported in lost and found bins throughout campus.

What: Will to Live

Description: A student (who would like to remain anonymous) lost their will to live at E7 on Monday, March 7 during their ECE 240 Midterm. However, it was found two weeks later at a Laurier Party on St. Patrick’s day weekend. “I really didn’t think I was going to find it, E7’s a large building and we do not seem to have lost and found bins” they added. “I was walking around Marshall Street when I happened to find it on the sidewalk. I wonder how it got there so far away from campus….”

Description: A Watcard belonging to Mr. Goose (full name: Geese Goose) was lost at the Student Life Center around 7 p.m. last Thursday. Mr. Goose, coming back from his weekly study session at SLC, found his Watcard at STC. “I was squawking at a bunch of students near SLC for not sharing their food with me and thought I dropped it near the grass somewhere. Although, I do enjoy the Tim’s in the front of the SLC. Maybe I can annoy a bunch of students into giving me a piece of their sandwich…” he muttered as he waddled away.

Description: The piano located on the sixth floor of E7, commemorating the beloved SYDE professor Igor Ivkovic, went missing for a couple of days from the building on February 17. The piano was found a couple of days later in perfect condition near the CIF Arena. “I have no idea how it got there,” Goosie Howe, the captain of the hockey team stammered while the team goalie flawlessly played Mozart from memory. “I think we could use more music around here, but we did not have anything to do with the piano,” he said slyly. The other members of the hockey team refused to comment.

Description: A box of Lazeez’s ‘on the rocks’ was misplaced in the Plaza parking lot at 4:20 p.m. on March 31. “I ran in to grab a couple of napkins and it was gone. I reported it to campus police and it was found a couple of days later in the DC washroom” the student explained. “I feel bad for whoever ate it though…I ordered it with 17 lines of hot sauce.” 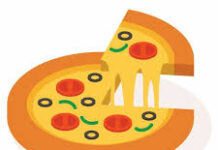 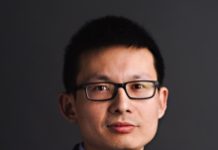