A stretch of sidewalk outside UW’s Engineering 3 building had been covered in a pile of snow and ice until February 25.

The university cleared the sidewalk after Imprint inquired why some parts of campus hadn’t been shovelled.

“The University of Waterloo engages in snow removal in numerous areas of campus with eye to safety, traffic flow and pedestrian accessibility. In some cases, snow is moved into piles in the short term to allow crews to clear areas across campus. Those piles are then removed at a later date,” Matthew Grant, UW’s Director of Media Relations said in a statement.

“The snow in front of Engineering 3 has been identified as an area that requires snow removal, which is scheduled to take place within the coming days.”

Complaints about the lack of snow removal in the City of Waterloo increased by 250 per cent this year, more than any other year in Waterloo.

Some UW students also complained of the lack of snow removal on campus, specifically the on the sidewalk in front of the Engineering 3 building.

Tooba Abdullah, a UW student, said, “I can’t speed-walk because I am scared of slipping. It affects me … when running to classes.”

Another UW student, Raquel Medeiros, commented on the lack of snow removal, saying, “Not only does the pile of snow [pose] a danger to the public, but [it is] also very inconvenient when trying to get to classes quickly.”

The garbage collectors have also discussed the difficulty in waste removal due to piled snow.

Residents were asked to clear their sidewalks to make it easier for their garbage to be collected. Residents were also asked to brush off the snow from their containers for maximum visibility.

These requests to residents came even as the same residents complained about the city not removing snow. Residents are advised to complain about snow removal to the city in hopes of having regular cleanups.

Campus Question: How have OSAP changes affected you? 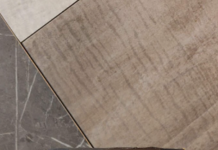 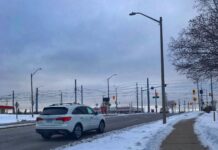