According to Peggy Jarvie, executive director of co-operative education, “What happened was the language broadened to include all forms of work-integrated opportunities, which would include co-op.”

The bill, which is an amendment to the Ministry of Training, Colleges, and Universities Act and the Employment Standards Act (2000), originally focused solely on unpaid interns employed by the federal government.

“In general, this bill was intended to largely ensure that more people have the opportunity to take part in work-integrated learning experiences and get paid for it,” Jarvie said.

“I think the important pieces for me are the support for students in work-integrated learning experiences: we want to make sure that in the efforts to improve the circumstances in which people work, that the provisions of the bill didn’t inadvertently create an administrative burden for us,” Jarvie said.

“One thing you’ll hear me say is  that work-integrated learning is valuable for the students and the employer, it’s important that we recognize that here,” Jarvie said.

Bill 64 has passed its second reading in the legislative assembly and will be entering into the committee stage soon.

“I’m really pleased to see people paying attention to both the value of work-integrated education but also how to make them as productive as possible,” Jarvie said.

Ricecream: Something familiar yet wildly different at the same time 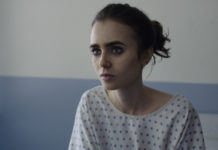