When people think about slavery they tend to think about a practice that has been eradicated from most parts of the world, but the truth is that modern slavery still exists, whether it is in the form of human trafficking, forced prostitution, or forced labour.

UW’s chapter of International Justice Mission (IJMUW) has launched a campaign to bring awareness and help end modern slavery, prosecute the criminals responsible for it, and support the victims. The International Justice Mission (IJM) is a global organization that aims to protect the poorest global citizens from the systemic violence that continues to thrive in the developing world.

A special feature of the IJM is that it partners with local authorities to rescue the victims, while focusing significant resources in prosecuting the criminals.

On Nov. 20, IMJUW held a screening event of the documentary Red Light Green Light, which talks about human trafficking and sexual exploitation.

Stephanie Fong, president of IJMUW, opened up the event with a very touching and eye-opening speech in which she stressed the severity of present-day slavery.

“There are more slaves today than there ever were in the whole history of humanity.  At this very moment, there are twice more enslaved than there were captured in the entire four centuries of the Transatlantic Slave Trade,” said Fong.

The next steps for IMJUW is taking action toward fighting and preventing slavery by working with local and student volunteer groups.

Fong explains the “long process” involved in tackling the issue of modern slavery in Canada.

“It is a very long process, especially when they operate a rescue mission, it’s a very long and complicated process, but we believe that by bringing education to the students at least they are becoming aware of the issue,” Fong said.

The organization highlighted some local examples of modern day slavery to emphasize the point that it’s not only an issue that occurs elsewhere but also in our backyard.

In the Waterloo Region, two men were charged with human trafficking in January 2014, for forcing an 18-year old Toronto female to work as an escort in the area.

The film, Red Light Green Light  travels across 10 countries interviewing sex-slaves and “Johns,” the men who pay for these services.

The event also involved a bake sale — students could fill a plate full of baked goods for the suggested donation of $5.  Founded in 1997, IJM began operations in response to a massive need to address and prosecute acts of modern slavery.  The organization started its work with humanitarian missions and partnered with other organizations that worked faithfully to bring healthcare, education, food, and other vital services to those people in need.  Reverend Jamie McIntosh founded IJM in Canada in 2002.

Some highlights of the IJM’s work in the previous years have been rescuing 3,555 children, women, and men around developing countries. In addition, IJM rescued 293 girls and young women from sex trafficking in India, Cambodia, and the Philippines.

The UW chapter is working to raise funds through fair-trade sales, movie nights, and bake sales. IMJUW also had a booth in the SLC on Nov. 17 and 18 where they sold fair trade bracelets made in Third World countries and gave out free hot chocolate to those curious to find out more about the campaign. 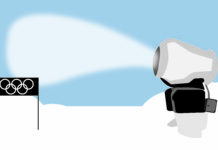 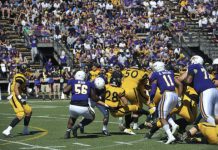 HoCo is a no-go for the football team