I went on a walk one night, in a strange city, alone. I felt that I would have a deeper and more thorough understanding of the world I was in if I was outside at night, more unfiltered, transparent, and less sanitized. In the daytime, it is much easier to govern ourselves according to the way in which we believe is right. The night is concealing and fools us into thinking that we have a freedom in the darkness that we would not in the light. Which is why the world is always in such a raw, vulnerable state in the dark.

Immediately, I was scared andI thought about how I was lucky enough to grow up in a country like Canada, — as a person of colour, as a woman — who would not have had the same autonomy or access to human rights in my own home country, Iran. While this remains something I am eternally grateful for, it often feels detrimental when I am forced to step outside. Although comparatively better than Iran in handling these issues, Canada is not perfect and we are capable of improvement as individuals as well as a society. In this article I have focused on feminist perspectives, intersectionality in itself is absolutely not limited to this. It is the examination of all its parts as a whole that we can truly understand it.

As a child I had always blindly believed that I was lucky enough to freely access these things simply because I was told so by my educators and my parents. I did not yet understand that, to my dismay, many minority groups here are still fighting to attain the same rights that people are back in Iran, too. Women in Canada and across North America are constantly battling through feminist movements, including but not limited to: the Women’s Suffragists and Suffregettes, which fought for political representation of women, and the annual Women’s Marches to obtain the same rights that men had been receiving for hundreds of years. This is tragically indicative of a patriarchal system, the same one my parents immigrated here to avoid.

These movements are made to urgently remind the world that laws may not be enough if people do not follow them, if they are not enforced and if they cannot be taken seriously and legitimately.

Epistemic violence is another important issue — especially under what concerns gender essentialism. Epistemic violence on its own indicates that some voices are inherently silenced because of predisposition to privilege and because of this so many important perspectives are left unheard. Tendency towards privilege is something the law should stray away from, and we need to be more understanding of how the law is a culprit of social exclusion and marginalization in this way because epistemic violence is extremely dangerous when we are not aware of its consequences.

As I walked alone with my thoughts, I was saddened by the state of our world. It is incredibly disheartening to acknowledge this simple truth: especially considering epistemic violence, that it may be easier to save the world itself than the people living in it. I wonder whether we are doomed to our self-destructive ways, a vicious cycle that has caused humanity to reach an advancement plateau.

However, with the background I have and the circumstances I have experienced first hand, I want to fight and be an active person working toward global change, to make the world a better and safer place. I believe the United Nations is working on advocating for prevention of feminist subordination as well.

“[The UN Convention] explicitly acknowledges that ‘extensive discrimination against women continues to exist’, and emphasizes that such discrimination ‘violates the principles of equality of rights and respect for human dignity’” (insert who said this).

Similarly, in a book titled Revolution at Point Zero, Silvia Federici discusses the feminist struggle throughout history, and how we really need to empathize with marginalized groups and minorities in order for the legal system to change. She writes, “No common is possible unless we refuse to base our life, our reproduction on the suffering of others, unless we refuse to see ourselves as separate from them.”

People don’t realize that they are capable of causing butterfly effects on their own. Small things that can have direct impact on complex systems, or that a stone thrown into the river can be capable of so much more than we realize. People often don’t realize that this change begins with them. Human agency – being our ability to make decisions and have those decisions directly influence and impact the world around us – is one of the most powerful tools in our arsenal. We often don’t realize the effect that our small daily choices have on our external world. If we learn to be more aware of their consequences, perhaps we would behave and act more consciously and with a higher degree of consideration to the world. Everything we do has a ripple effect that we unfortunately take for granted.

I realize now that we have an obligation to the space that we fill. The reality we live in is what shapes the laws that are created, (the ones that ultimately govern the way we live). The two do not simply coexist but are essential for each other’s existence: one could not exist without the other, and in attempting to isolate law and understand it on it’s own would be counterproductive and extremely limiting. This is because law on its own, without a society and its people, simply does not exist.

The world came to Waterloo to hack 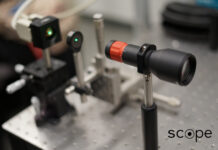