Social networking tools are being pressed by law enforcement to prevent the abuse of private messaging among terrorist organizations. In particular, critics have called out Kik, a Waterloo-born messaging app, for being a platform for ISIL communication.

Claiming to have over 240 million users, Kik was conceived by Unsynced (currently known as Velocity) in 2009 at the University of Waterloo. Users can create accounts with just their name, email, and birthday.

Michael McCaul, chairman of the House Homeland Security Committee, identified Kik as one of the top radicalization tools used by extreme jihadist groups. In particular, it was found that members of Daesh were using Kik to funnel donations to their organization in Syria. Adam Locksley, a British plumber, was found soliciting donations via Kik in late October 2015. This comes after a push from the FBI to increase wiretapping among social media outlets.

In light of this, some specialists believe that questioning privacy policies undermines our basic fundamental freedoms.

“Weakening encryption or taking it away harms good people that are just using it for the right reason” said Tim Cook, chief executive of Apple, during a speech in June 2015.

In an email to Imprint, Mike Kirkup, director of Velocity, believes encryption is a strong service perk for a messaging startup. “It provides confidence for users that their messages will not be intercepted and cannot be read by anyone other than the recipient,” he said.

With respect to Kik, encryption is one of its primary features. Kik’s website also points out, “We don’t see or store the text of your messages,” which makes it a hotbed for criminal activity.

Ian Goldberg, an associate professor in computer science and specialist in cryptography, explained his thoughts on the attention Kik is getting. “What conclusion can you draw from the proposition that Kik is popular among ISIL/Daesh?” he asked. “It is obviously not a sound conclusion to draw that ISIL/Daesh is popular among Kik users. They also use Toyotas, smartphones, the Internet, and other extremely common technologies.”

While this may be the case, not as many technologies have such a large youth population. Kik allows access to its service for anyone above the age of 13.

“The major benefit to anonymity is freedom to express your thoughts without fear,” said Kirkup. “This is particularly important on a platform like Kik where young users (13-18-year-olds) are very cognizant of the fact that much of their online activities are tracked and remembered forever.”

Presently, a large portion of Kik’s user base is underage as 40 per cent of American youth use Kik according to the service’s website. With Kik being used as a radicalization tool, this has caused great concern.

The consideration of child predators, cyberbullying, drug trading, etc., has become a part of tech culture, particularly in social media. For example, Kik’s terms of service includes an acceptable use policy which stipulates what is acceptable behaviour on the app.

However, terrorist activity, child pornography, cyberbullying, drug trading, etc., all fall under one umbrella: “Make sure you comply with all the laws and regulations that apply to you and your company through the use of the Kik platform,” according to their user agreement. But are illegal activities hard to track given the anonymity of the service?

In an article by the National Observer, Rod McLeod, Kik’s media representative, believes that the username feature is ideal.

“A lot of people look at [having a username] as kind of a bad thing, especially law enforcement, but we’ve received a lot of feedback saying that having a username instead of a phone number makes you feel safer,” he said.

This introduces an important question: how can social media platforms prevent extreme abuse of encryption or anonymity?

Kik’s affiliation with ISIL is leading into a bigger issue, as the pressure on the tech industry to revolutionize, once again, their privacy settings grows rapidly.

Imprint reached out to Kik but did not receive a response by press time. 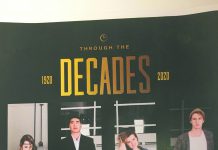