It all started with The Bachelorette. My roommate was watching reruns in the living room, and I tried to avoid letting the airwaves from the show invade my brain cells. It was near impossible to escape it completely, so I eventually watched more and more, catching glimpses and hearing fragments of the dialogue. There was something oddly compelling about listening to the bachelorette pour her heart out to one man, and then 30 seconds later move on and do it again with someone else. It took some time, but eventually I sat down and watched an entire episode. From there, it wasn’t long before I was hooked.

The next day, I started watching The Bachelor. Six hours and four episodes later, I was up-to-date. Interestingly, I never did abandon my original opinions about the show. I still think that the show is contrived, the plot is anti-feminist, and the characters are unlikable. No, the change was simpler than that: I just stopped caring. After watching the show, I realized that I should retire my judgments because it became obvious that they were redundant.

What I’ve learned so far about the show is that the prettiest girls get the first roses, dramatic girls will be sent home early, bonding between the women happens when they form a common enemy out of a different woman, the bachelor will make out with anyone even if he doesn’t like her, and the girls who laugh but never cause trouble will last a long time. In the world of The Bachelor, women are shallow and expendable so there should be no doubt in your mind that the show is horrible for female empowerment.

But here’s what I found: the show combines unrealistic and awkward circumstances with desperate and emotionally-driven people. It is the perfect combination to elicit some really fascinating responses, and my inner psychology nerd can’t get enough. I find myself trying to psychoanalyze all of the characters and make predictions on how they are going to behave. If you have any interest in learning about human behaviour, I’m sure you can relate to how The Bachelor presents endless opportunities for intriguing case studies.

The Bachelor is bad for feminism. I do not appreciate the fact that women are pitted against other women. I used to hate the show because I was worried that viewers would buy into the anti-feminist bullshit that it portrays. But I was wrong. What I’ve come to realize from talking to people about the show is that nobody really takes it seriously. In fact, people love the idea that it is so unrealistic and the bachelor is so vain. They know that this kind of thing is not allowed to exist in the real world anymore, so the show has actually become a parody of itself.

I’m no longer concerned with how it is a bad representation of feminism, and I don’t think that you should be either. Watch the show or don’t watch the show — that doesn’t matter. If you’re like me, you’d enjoy it simply because it is so ridiculous. Then again, I used to like watching Jersey Shore. I don’t want to sell you on the show because, for all intents and purposes, it is garbage television. Instead I just want to tell you that just because shows like this still exist, it doesn’t mean that feminism is moving backwards. I think that we can give people the benefit of the doubt and assume that they watch the show because they, too, like to be entertained by outrageous people in outrageous circumstances. 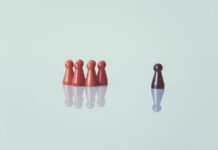 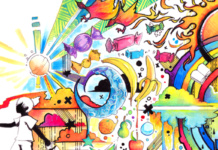 Disability Pride Month: My journey to an ADHD diagnosis