Although KW is considered fairly safe, women continue to face dangers of harassment.

The stories of two different women who spoke with Imprint highlight how unsafe this environment can get.

One woman was followed near the Campus Plaza, earlier this month according to a Reddit post she made under the username u/jkso00. The woman was taking a short-cut behind the plaza by herself, and made a post last month to caution other women.

She described that a construction worker, who was about to drive away, slowed down his car and started reversing it, staring at her and smiling.

The woman, who asked to remain anonymous, said she is still not comfortable with the whole incident.

“Someone made a comment on my post that I generalized ‘all construction workers’ and I’ll take this opportunity to say that I don’t mean that at all, however, on my street, they have a tendency to stop what they’re doing, turn, and watch as girls walk down the street. I watch it happen to girls walking in front of me, and can feel the eyes when I’m walking.”

In March 2019, KW Region was ranked near the bottom on women’s safety, according to a report from the Canadian Centre for Policy Alternatives.

Out of 26 metro areas, KW Region ranked the 17th safest place for women to live in Canada.

Another UW student who faced street harassment, alias Victoria, told Imprint about an incident in Sept. when she went shopping at Waterloo Square. Victoria is an international student and was unfamiliar with the area.

A teenage boy, who looked about 15-years-old to her, approached  her and asked to kiss her. Victoria said this was the first time she had experienced such harassment and she did not know what to do, so she turned around and left.

This is the first time she has opened up about the incident.

“It was weird for me, coming from someone so young.” Victoria said.

“It is the first time I have talked about what happened. I haven’t told anyone about it, not even my parents. I’m worried that if I open up about it, people will blame it on me, and I don’t want that. I don’t like thinking about it, because then I feel powerless. This incident definitely affected my independence for a while.” 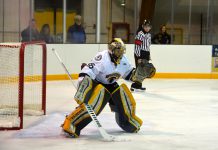 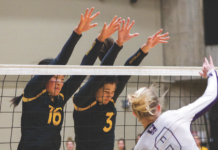 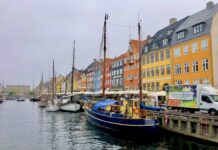