9:10 a.m. I leave the house, heading for a nearby fitness studio where there’s a class starting at 9:30.

9:20 a.m. I arrive at the studio. The doors are locked, no cars in the driveway.

9:35. Still nothing. I check the schedule posted on the door and then check the one on my phone.

9:50. I gather up my deflated expectations and turn towards home.

This cultural proclivity for tardiness became apparent early on in my exchange process, as school officials sometimes took weeks to respond to my emails — if they responded at all. Occasionally, my attempts at communication about admissions, courses, and accommodations felt like shouting into the void – is there anybody out there?

Undeterred, I called and left messages and called again, and finally everything worked out. However, this was just the beginning.

Excursions and outings start on “Bajan time” (generally a half-hour to an hour later than scheduled). The school shuttle comes so inconsistently you’re better off walking. Even the start time for classes is regarded casually by some professors – the other day I was rushing across campus, already five minutes late for class, when I spotted the instructor for that class outside a different building, having a leisurely conversation.

The most striking example of “island time” I have yet witnessed was a student boat cruise, which was slated to begin at 3 p.m. I showed up at the docks at the correct time, ticket in hand. Not only were there no other passengers waiting there, there was also no boat! I waited for a while, wandering up and down the empty pier. Then I gave up, instead visiting the museum, taking a slow stroll down to the beach and watching the sunset. Then, on my way back home, I caught sight of the very same boat I was meant to be cruising on – still docked and still boarding passengers three hours after it was intended to depart!

Don’t get me wrong, I’m not the most punctual person in the world. Many times I’ve been that student, shuffling into class late with my backpack, coat, umbrella, and lunch pail knocking books off of desks and causing a distraction.

However, for the most part, I try to be on time.

The way I see it, punctuality is a part of being conscientious – being where you say you’re going to be, at the time you say you’ll be there. It’s also about respect, because being late seems to carry an implicit message that your time is more important than the person who you have kept waiting. With this in mind, I initially found the local tendency towards lateness to be rather frustrating (to put it mildly).

Why? I would rail, waiting in vain for a bus that would never come. Why is it so hard to be on time?

Inevitably, I’ve mellowed out a little bit about the whole “island time” thing by now. I realize that these implicit meanings I carry about what it means to be on time really don’t apply here.

A conversation I had with one of my Bajan friends helped to illuminate the matter. He mentioned that since he has started hanging out with international exchange students, he’s noticed that they are often on time or a bit early. Accordingly, he began to adjust his own arrival time to match theirs. Now, when he hangs out with local friends, he notices that they are often late. However, before getting to know the international students, he just never really noticed.

It seems Bajans are often late because they simply don’t notice that they aren’t on time, or if they do, it’s just not a big deal. Perhaps the notion of “on time” hasn’t been hammered into their heads by years of late slips, disapproving glances, impatient eye rolls, and missed buses. After all, we in Canada are raised with a rather heavy-handed emphasis on time. We are always racing against the clock, wishing for a little more time, hurrying from place to place. We try every trick and tip we can get our hands on to wring more productivity out of the time we have. At home, time is always marching on. Here in Barbados, it’s sauntering.

Nevertheless, I have to admit, the notion of not hurrying is tough for me. Whether it’s motivated my die-hard politeness or simply an inflated sense of my own importance, I hate the feeling of being late. I have no plans to throw away my wristwatch and embrace island time completely. However, it might be okay for me to loosen my vice grip on my day planner, let the principle of “it’ll happen when it happens” percolate through my daily to-do list, and maybe (for the sake of my own sanity) try to stop arriving five minutes early.

N.B. This post was submitted a day late. The irony does not escape me. 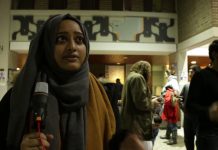 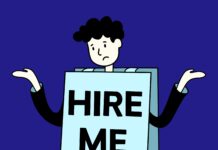