We shamefully live in a society where it is taught ‘how not to get raped’ instead of teaching ‘not to rape.’

There are tons of self defense classes, lessons, and free tips for women, but not nearly enough outlets stressing the importance of consent classes for men.

Our society emphasizes norms that allow men to act in terrible ways and still get away with it.

The phrase, “boys will be boys,” is a perfect example of how men are exempted from blame.

Rape culture is heavily prevalent in today’s society and has been for several decades, perhaps since the beginning of time.

When we hear of a sexual assault, our first thought is to ask the girl what she was wearing or how drunk she was.

We live in a society where rape is thought of as a minor problem and just a few bad eggs commit that crime, instead of a widespread, highly-problematic phenomenon and a systemic disease.

There have been numerous cases where the perpetrator received a much milder punishment than he should have, although most aren’t convicted at all.

A very small percentage of rapes are reported because women worry about the implications of the blame they unwillingly share with their predator.

Just because you are not a rapist doesn’t mean you don’t contribute to rape culture.

You contribute to rape culture when you laugh at or make jokes about rape, when you slut shame or call women by inappropriate names, when you tell women to dress appropriately or objectify them, and when you put the responsibility on women to prevent rape amongst others.

When we normalize this behaviour, we not only put women in danger but we also build on the ideals of toxic masculinity.

We supplement entitled men’s thinking that they own everything, and can do whatever they want.

We teach women that they are just objects that exist to serve men.

The allegations that rape is solely based on the clothes that women wear fall apart when girls covered from head to toe get raped.

Women in certain Islamic countries wear abayas, which is a loose garment that covers from the shoulders to feet, with a hooded cloth covering their heads as well.

Some even choose to wear the niqab, which is a cover for face so just the eyes are visible, and yet rape is highly prevalent in those cultures and countries too.

This points towards a clearly separate issue, which does not have anything to do with clothing.

These are all excuses used to defend men simply because they are taught to do so by the toxic culture they live in.

Our culture’s obsession with hyper-masculinity is the issue. Culture is something we learn over time.

It teaches us values, beliefs, and behaviours that are broadly seen as “normal,” or, “common sense”.

From a young age, boys are taught to be dominant, aggressive, and emotionless.

If their masculinity is threatened in any way, like if someone says “no” to them, they’re supposed to get angry.

It teaches them to take what they want by any means necessary.

Institutions have failed us.

They have taught us many things like math and English, but perhaps forgot to teach the most important lesson of all, how to be a decent human being.

No wonder most rapes happen on school or college campuses.

Feminism and working toward diminishing rape culture is not about hating men.

It is about equality.

It has always been about equality.

It is about not letting men get away with everything.

It is about condemning men for their wrongdoings.

It is about telling men not to rape instead of telling women how not to get raped.

It is about feeling comfortable in a work environment.

It is about asking for all the luxuries that men seem to be born with.

Just recently UW had a campus rally and lecture.

I am proud that I go to a university where things such as gender equality are taken seriously.

There was an invitation that was accepted from the UN Women’s HeForShe campaign for the UW to participate in their IMPACT 10x10x10 framework alongside governments, leading universities, and global businesses.

UW said they are taking steps in the right direction as they aim to, “enhance female faculty representation to improve the campus environment today and drive towards parity in the future, boost female student participation in STEM outreach experiences and academic careers to build the pipeline of future female leaders in traditionally male dominated disciplines, and attract and advance female leaders into senior academic and administrative university positions.”

The #MeToo movement and the downfall of some offenders was a good start to this fight against sexism and rape culture.

The ultimate goal is to create a society where the hashtag #MeToo is not only no longer prevalent, but a distant memory of some faraway past when people and institutions didn’t know any better.

We are already moving toward a better society because of multiple cases against rapists actually being convicted. Women are playing a significant role in changing the world for the better.

We are in no means done.

There is so much still left to do.

We have to make the world a better place for everyone.

It should be a place of equal opportunities, a place where no one has to live in fear, no one has to be given less because of their gender, race, ethnicity or sexual orientation.

Where everyone is equal and everything is fair. 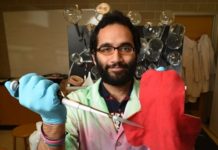 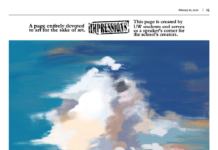