The Warriors women’s hockey team earned their place in the playoffs for the 2017-18 season.  On Feb. 17 the team clinched a playoff spot after a 2-0 victory over Laurentian.

Waterloo needed three points and a regulation win to secure their playoff spot going into the game and the win gave them just that.

The Warriors then proceeded into their first round of playoffs against the Queen’s Gaels. The women went into this series with only two wins this season previously against Queen’s. This was the team’s third year in a row in the playoffs.

In the first of the three game series the Warriors were shut out by the Gaels, 2-0. The team lead the charge of the game and set the pace for the first period but it was quickly turned around and they lost momentum when Queen’s rallied the attack.

In their second game the Warriors found their stride and defeated Queen’s 2-0 to force a game three. The two goals were scored by Samantha Burbridge and Emma Pye. The Gaels came out strong in the first period with two power plays but the Warriors rallied and scored a shorthanded goal. Sluys made an impressive 23 saves.

The third game was the Warriors’ final stand for the season. Both teams played their hearts out to continue in the playoffs but only one could move on. The Warriors season ended with them placing eighth and with 34 points. They battled the top team in the league and held them to three games in their playoff round. Despite being the last seed they kept pace with Queen’s who sat 18 points above them.

In game three of the quarterfinals Queen’s eliminated the Warriors in a 4-0 battle. The Queen’s Gaels are ranked eighth in all of Canada but the black and gold held their own for almost two periods before the game started slipping away from them. The game started with both teams being equally cautious when it came to defence, nobody wanted to start the attack and risk giving up a goal in the pursuit.

The game stayed at 0-0 for the first period and the null score was broken in the early minutes of the second period by Queen’s Halladay. The black and gold sought to return the favour but the goal was waved off because the net was knocked off its pegs.

Sluys played her best game with an incredible 36 saves for the Warriors in Queen’s merciless attack. Waterloo was outshot 13-5 in the second period. Any chance of a comeback were squashed when Katrina Manoukarakis scored the Gaels’ second of four goals.

The Warriors decided to pull Sluys for an extra attacker in a last minute rush but Queen’s used this for their advantage and scored two empty netters making it 4-0.

The Warriors now head to their offseason training before the 2018-19 season.

Objectively speaking, an ONDP vote is not wasted 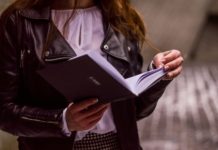 “Art” is not an excuse for Cultural Appropriation 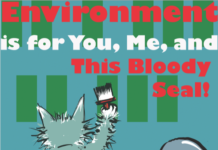 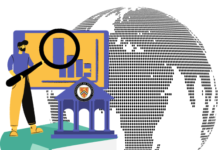