A recently published study from the department of psychology shows that advocates for climate change research have a tendency  to use reserved language when discussing the topic, while skeptics will generally use more evocative and direct language.

Srdan Medimorec and Gordon Pennycook, two PhD candidates heading this research, compared reports from two organizations: The Intergovernmental Panel on Climate Change (IPCC) and the Nongovernmental International Panel on Climate change (NIPCC).The former has written about the impacts of human actions on climate change, while the NIPCC alternatively believes that the two don’t intersect.

“It is possible that the IPCC uses more cautious language because of scrutiny from the media and public. On the other hand, the NIPCC skeptics might be using more emotional and less tentative language since their goal is to refute the IPCC’s conclusions and argue the opposite. Thus, the observed differences in language style seem to suggest different perspectives of the two reports,” said Medimorec.

Medimorec and Pennycook chose reports from these two organizations because of the opposing rhetoric used in both studies. Their decision to pursue this particular study came from Medimorec’s curiosity into language analysis in education and Pennycook’s interest in climate change.

“It should not be surprising that skeptics use less conservative language, since their goal is to usurp an established scientific consensus, possibly by making their refutations appealing to broader audiences,” said Medimorec.

The use of cautious language correlates with growing sentiment from the media and public that climate change is not actually aggravated by human actions. Medimorec said that, “This might have lead IPCC scientists to be conservative in their climate change predictions but also in their language style.”

“Politics may also be affecting the IPCC’s decision to be cautious,” said Pennycook. The purpose of the United Nations-commissioned IPCC is to inform environmental policy makers. Alternatively, NIPCC is commissioned by the Healthland Institute, which Pennycook described as a “conservative think tank.”

According to Pennycook, “The link between conservative political groups and the rejection or denial of climate change is well evidenced. This isn’t surprising given that human-caused climate change implies the need for restrictions and regulations on industries that conservatives are typically aligned.” He later went on to list the oil and gas industries as prime examples.

Through their research, Medimorec and Pennycook have found that while there may be scientific consensus on the validity of climate change, the potential of scrutiny still has influence over the research that scientists publish.

No news is better than fake news 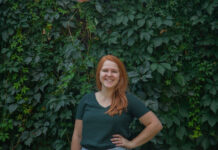