“It was one thing that he was found not guilty, but it just seemed like it was the survivors who came forward were the ones put on trial, and it was all about their actions afterwards, as opposed to what happened to them,” Koeller stated.

The event took place on the evening of May 6 at the Grand River Unitarian Congregation, and coincided with No-One Asks for It, an annual campaign initiated by SASC Waterloo six years ago for sexual assault awareness. Attendees of the event arrived at the Congregation wearing purple to show their support, and all proceeds generated through the sale of art were donated to SASC.

Theresa Noon, artistic director at There’s A Production, obtained footage of the various performances to be included in her documentary, …And I Survived. The documentary aims to spotlight women who have suffered varying forms of abuse, ranging from domestic, systemic, parental, as well as sexual. “…And I Survived is a documentary of female survival, of hope, of finding and using our voices,” described Noon.

Koeller was offered the Grand River Unitarian Congregation as a venue free of cost, which is a part of the Welcoming Congregation Program that aims to become more welcoming to people of all sexual orientations and gender identities. Members of the Unitarian assisted her with various aspects of the event such as music, and setting up  activities for attendees to participate in during intermission.

Julie Taylor is the director of religious exploration at the Unitarian. She works to organize activities for adults and children that enable a spiritual deepening through art. Taylor co-ordinated four activities at the event as a creative way to raise awareness about sexual assault, which included do-it-yourself button making, group painting a canvas that was to be donated to SASC, a crafts activity targeting the depiction of women in the media, and an ice-breaker activity.

The performances consisted of passionately delivered songs, heart-wrenching spoken word pieces, and light-hearted improv featuring people of varying ages and genders. One of the first to perform her spoken word piece was Jockie Loomer-Kruger, who had initially been asked to contribute an art piece to be sold, but stated that “the concept of the event reminded me that I too am a survivor.  That inspired me to explore where I am now, all these many years later, in terms of what happened.  So I wrote the piece, sent a copy to Judith and offered to read it if she thought it would fit the program.”

Loomer-Kruger relayed her highly evocative and emotional poem, “I Never Told.” As an 80-year old woman now, she reflected on the assault she endured as a teenager by a man who was at the time a lawyer, then later went on to become an influential Canadian politician.

“As I recounted my story publicly, I felt completely free of the shame that was for so long a part of my buried story.  I felt strong.  And I felt very comfortable sharing my story.  But I was awed by the palpable attentiveness of an audience I couldn't see.  The setting sun was directly in my eyes, and all I could see when I looked out was a blur of blackness. But I could feel hearts very much in tune.  I felt very connected to that pulsating blackness filled with other survivors.  It was humbling, and very moving. And afterward being able to hug, hold and talk with individual women was so meaningful.”

Loomer-Kruger later described thoughts and emotions many survivors have felt.

“I felt so totally ashamed, and worthless, and yes, stupid too.  And I believed it was all my own fault.  I, after all, had believed him when he said he was 'falling in love' with me and I bought into all his flattery.  It was so amazing to me that a recent college grad would find me, a mere high school student, on a par with him intellectually. There was a kind of brainwashing that happened, I'm sure.”

“I can sit up there and say, one in three women and this many people in our community, and out of 33 that are reported three result in [convictions] …  but it’s when a survivor stands up and speaks the truth that people are impacted in an emotional level. So I think that this event is organized in such an amazing way with so many survivors involved, that that authenticity is there, and that’s what speaks out to people.”

Through donations and the sale of art, the event raised $2,124 to be donated to SASC. SASC aims to provide support to sexual assault survivors through its various resources such as a 24-hour support line, counseling and advocacy, and referrals to counselors, physicians, lawyers and other resources all free of cost. It also welcomes all students to join its volunteering program. 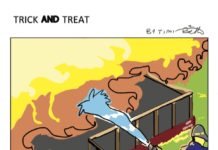 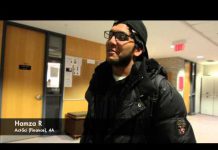 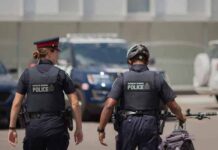 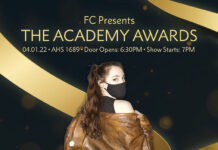