Fans and celebrities came forward to voice their disgust at the outcome. People were talking about the disappointment online and offline. It was big news. If you haven’t heard about it already, I encourage you to read about it because this case is the tip of the iceberg on a much larger issue.

I’ve been following the news about Kesha’s ongoing legal proceedings for a little while now. From what I’ve gathered, the story is that Kesha’s producer, Dr. Luke, had sexually harassed and verbally abused her many times. She reported an alleged date rape by Dr. Luke from about a decade ago, as well as numerous instances of harassment. Unfortunately, she is bound by a contract which demands she produce six more records with her alleged rapist. If she cannot successfully break the contract in court, she will have to comply or she will not be allowed to produce music anymore.

There are some other quirks about the story, like the fact that Sony has offered to promote her music without it being produced by Dr. Luke. However, Kesha and her lawyer are confident that if she cannot convince the courts that Dr. Luke threatens her personal safety, her career is over. You should definitely go read more about the case so that you can understand the magnitude of her situation. But even before you read more, it is very clear that this case reveals a major problem in our society: I am dumbfounded that there isn’t a clause in every contract that states that the contract can be terminated at any time if a person’s safety is threatened.

If a person feels that continuing to work is dangerous for their physical or psychological health, they should be free to leave and work elsewhere immediately. End of story.

I am outraged that a business contract is so binding that even when a person’s right to safety is threatened, it takes years in the courts to break. Is this case really about trying to know if allegations are true? I don’t think so. This case is about a woman who feels like she is unsafe, mentally and physically, around the people she works with. Kesha should not have to prove in court that her allegations are true, or that she is legitimately at risk of harm. If she feels that she cannot produce to her potential because she feels threatened in the workplace, then that should be enough.

This whole situation is evidence that there is a huge lack of support for a woman’s right to safety in the workplace. Interestingly, such lack of support extends to all people. How in hell did we let this happen? The sad part is that Kesha has a lot of creative potential, but for a year she has not been able to produce music or further her career in the way she deserves. It makes me think about all of the other people who are not living up to their potential because they are bound by a signature on a document.

What it really boils down to is the fact that we need to re-order our priorities. This whole case is an eye-opener, showing us exactly where and how our capitalistic system fails. In my heart and in my mind, I know that a signature is not enough to dictate your life, yet somehow our law says that it is. If she was paid money to work with Dr. Luke, or if she was provided other tangible resources, then I can agree that she should pay all of it back in exchange for freedom, but I am baffled that a signature is what stands in the way of her creative liberty. Honestly, it reminds me of the cliché of making a deal with the devil.

I sincerely believe that this case has the potential to set a precedent for a new business law. That new law should look something like a clause required in every contract which states that a person who feels like their personal safety is at risk could terminate the contract immediately. You shouldn’t have to go through years of legal proceedings in order to prove to a third party that you feel unsafe. Kesha should have been free of this long ago. She should be free of this right now. Moreover, anyone who is currently struggling because they feel unsafe at work should be allowed to get up and walk away as soon as possible. I don’t want to be a part of this system that forces someone to choose between working with their rapist, or not working at all.

Signing your life away is something that should only exist in nightmares. But right now it is Kesha’s reality. 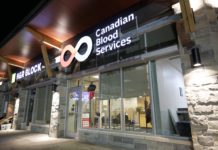 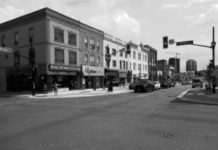 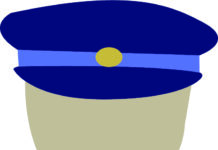 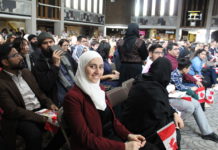